European Referendum: Lib Dems Are Campaigning To Lead Not Leave 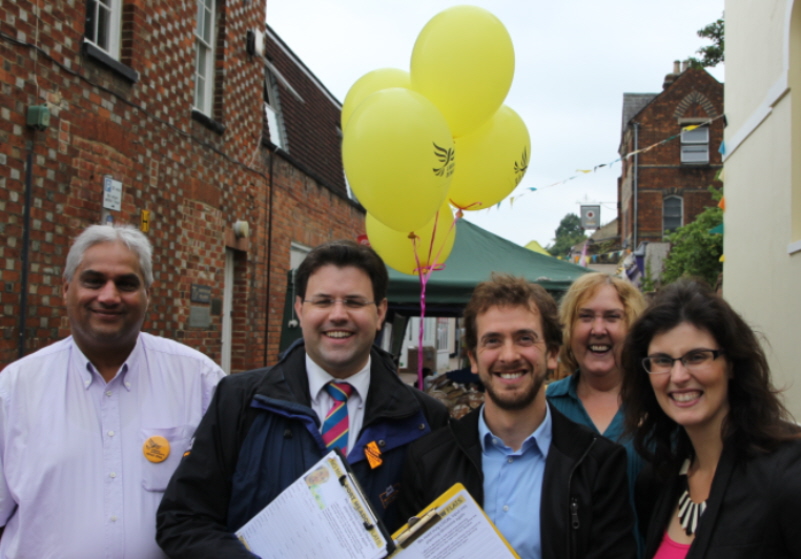 For 70 years being part of the EU has brought us peace and prosperity in Europe. It has prevented wars between European countries and ensures political solutions to our disagreements. It has helped spread democracy as, to be a part of the EU, member countries must have free and fair elections.

There are huge economic benefits to our membership of the EU. For instance, Universities in the South East of England benefit from investment of €1bn, scientific research funding is pooled and medical research is advancing faster as a result. We have direct access to the world's largest single market and to the European Social Fund, which invests in infrastructure and services for vulnerable people across all member states…the list goes on.

Antony discussed what might happen if we voted to leave the EU, using the example of Japanese factories based here. They may not all leave the UK over night but, over time, companies wanting access to the European trade arrangements would likely leave and base themselves within the EU.

While the polls currently show public opinion split equally between those wanting to leave or stay, and whilst the Conservative Party's position on the EU Referendum is ‘officially neutral’, the Liberal Democrats have been clear, we will be unashamedly campaigning hard to stay in the EU. Europe isn't perfect (just like the UK government or our local councils are not perfect) but we will not be able to change anything from the outside.

Following the discussion, attendees came home to the news about the horrific terror attacks in Paris. A brutal attack on those very Human Rights enshrined in the European Convention. It seems more important than ever to work together with other European countries to protect our shared values and work together for peace.