Liberal Democrat European Union spokesperson and former Deputy Prime Minister Nick Clegg has launched the first briefing paper of his Brexit Challenge project, which analyses the options facing the Government if it intends for Britain to retain significant access to the Single Market.

While Single Market access is essential to the British economy, and retaining access remains the best of a series of bad options for the economy post-Brexit, it comes with significant challenges and trade-offs. The analysis shows that even if the Government were able to achieve concessions on freedom of movement, seeking to retain significant access to the Single Market would still mean adherence to its rules and regulations, while not having any control or influence over them. It also concludes that the biggest benefit of Single Market access is the removal of non-tariff barriers, such as shared rules and harmonised standards, as opposed to tariffs.

In order to trade freely on the continent, our exporters and their supply chains will have to abide by all of the rules of the Single Market. But without British representation in Brussels, they will have no say over how those rules are written.

This represents a huge loss of control for a country which is so dependent on trade with the Single Market. It is entirely possible that decisions will be taken in Brussels in future that are not in the interests of the UK, which heap extra costs on British industry, or actively discriminate against us in favour of operators based on the continent. And when that happens, we won’t be able to do anything about it: compliance with those rules will be a precondition for our ability to trade freely with the EU.

So the challenge now for the government is how to square the need for untrammelled access to the single market - from the “passport” rights for UK financial services to the technical specifications of mechanical goods - with the promise to “take back control”.

Commenting, Nick Clegg said: "Theresa May has said she wants to have the ‘closest possible’ economic relationship with Europe but has not spelt out what that means or what price she is prepared to pay for it. The hard truth is there is no easy, cost-free option. We can't expect one set of rules for us and another for everyone else.

"Not only is freedom of movement a fundamental part of how the Single Market operates, but even if she were able to cut a deal on that we would still be subject to the rules that govern the market without any control over them."

Over the coming months Nick will be working with a range of experts, to set out the difficult questions the Government has to answer in a host of areas that will be affected by Brexit. He will publish a series of papers detailing the challenges and dilemmas facing the UK in a wide range of areas, not only on our trading relationship with the EU but also freedom of movement, policing and anti-terror co-operation, agriculture, university research funding, environmental standards and many other areas.

The experts Nick is working with include:

You can read the first paper, Access to the Single Market, by clicking here 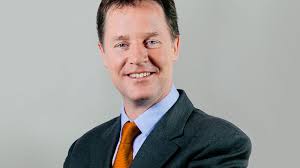