Building on the success of our campaign in Witney, where Liz Leffman moved from fourth place to second place on a 19% swing in the vote to the Liberal Democrats, we achieved an even more impressive 22% swing to win Richmond Park in a surprise by-election upset. 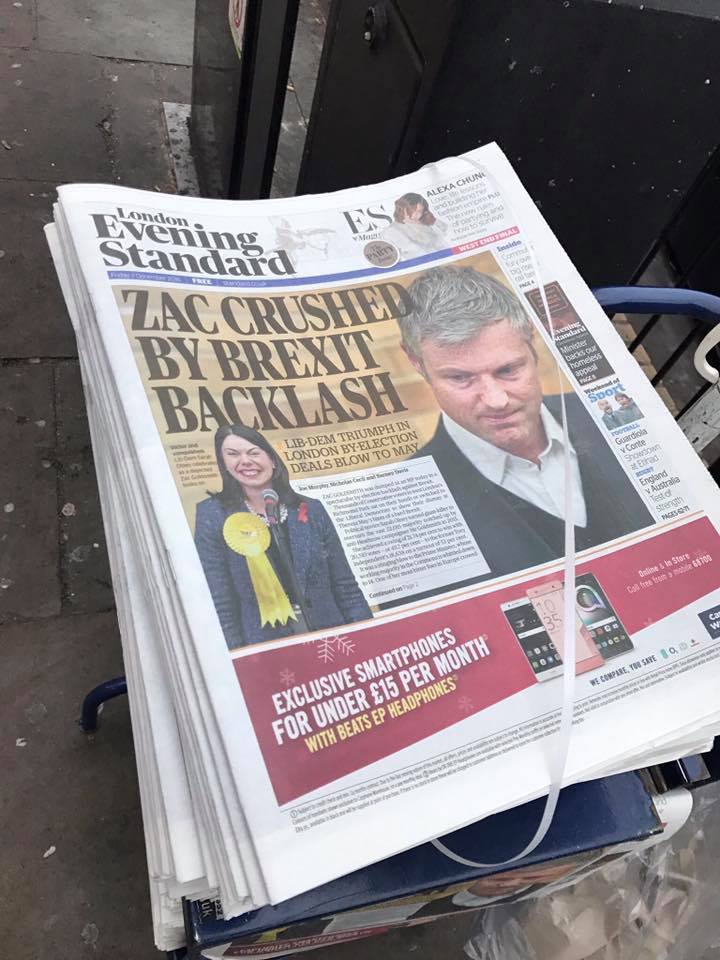 "The message is clear: The Liberal Democrats are back and we are carrying the torch for all of those who want a real opposition to this Conservative Brexit Government.

We are the only party fighting to keep Britain open, tolerant and united, and the only party that has said, loudly and proudly, that we want Britain to remain a member of the Single Market and that we want the people to be given the final say over the Brexit deal. That message has been resoundingly backed by the people of Richmond Park.

This was a remarkable, come-from-nowhere upset that will terrify the Conservatives. A year and a half ago, their man won by nearly 40% and had a majority of more than 20,000. In one fell swoop we have wiped that out completely.

If this was a General Election, this swing would mean the Conservatives would lose dozens of seats to the Liberal Democrats – and their majority with it. No one believes the Labour Party will win any seats off the Tories – and the SNP could only possibly take one off them. But there are dozens in our reach. So, as this by-election has demonstrated, the only way to prevent a Conservative majority at the next election is to vote Liberal Democrat."