Tim Farron cut the ribbon with Liz Leffman at the Liberal Democrats new headquarters in Witney today, cheered on by a huge crowd. 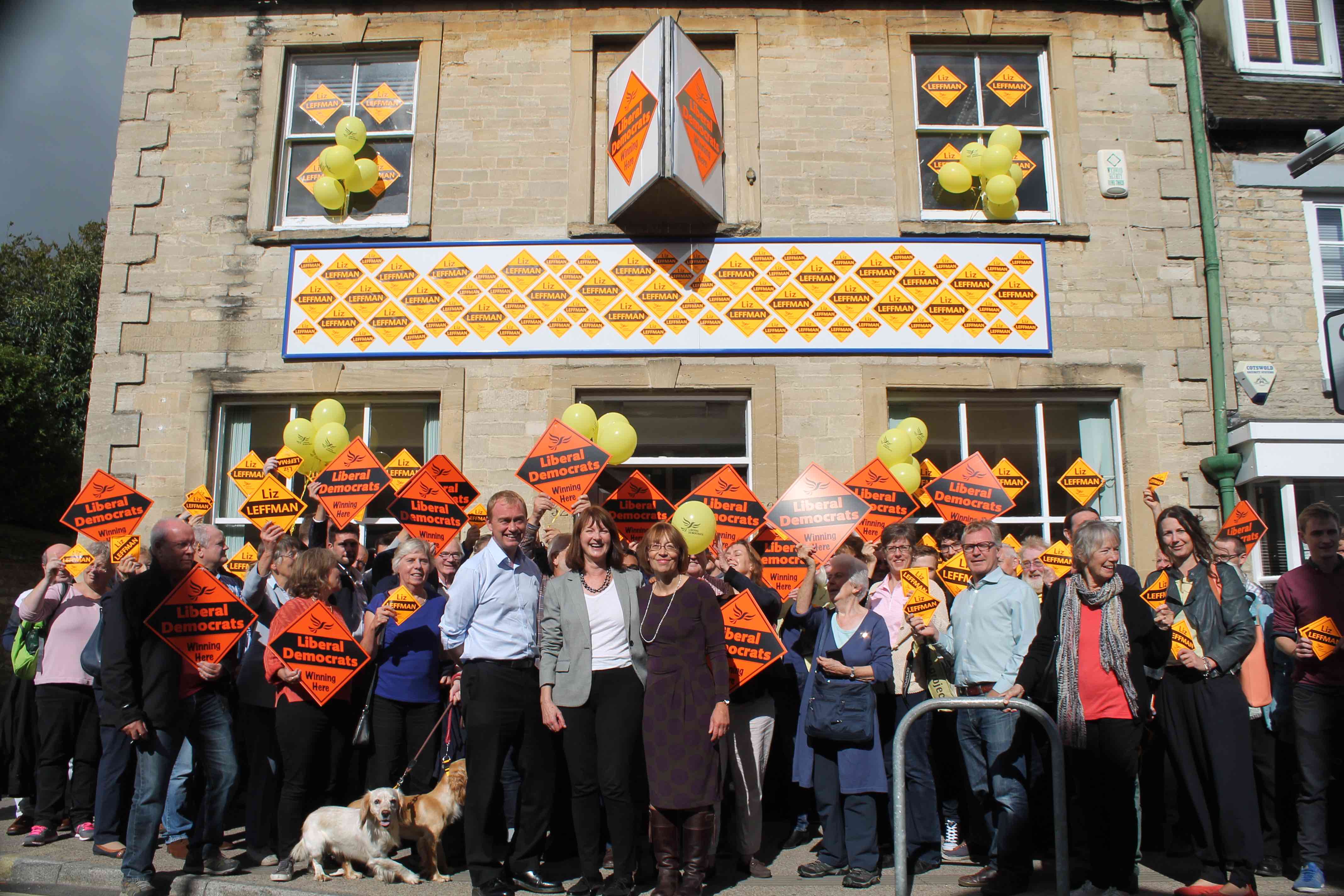 Hundreds of volunteers are flooding into the constituency this weekend to help with Liz’s campaign in the Witney by-election.

“Taking over such a large building is a real sign of our commitment to West Oxfordshire and to the strength of the campaign we are running here.”

“I have been so touched by the huge number of people who have been coming from all over the country to help. This brilliant new HQ has really put us on the map in Witney and underlines that we are the only challengers to the Conservative Brexit government in this by-election.”

Already Liberal Democrat odds have been shortening while Labour’s have been growing ever wider, currently 66/1.