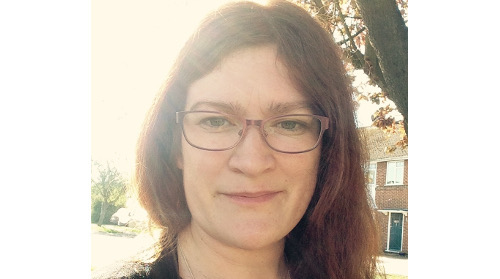 Jemma has lived in Headington all her 37 years, with the exception of a 7 year stint living in Australia.

She grew up on the Gipsy Lane estate before moving with her family to Sandhills 15 years ago, where she still lives.

An introvert and non-confrontational by nature, she's doesn't feel a natural fit for politics, but in 2016 decided to get involved anyway, as armchair activism was getting her nowhere!

She believes in the importance of building strong local communities, working from the grass-roots up and thinking globally but acting locally. If elected, she’d speak to local residents, work with them to address their concerns and improve what’s already working well.

She’s been a volunteer with the Lib Dems and now works part-time in the campaigns office. Before that, she has worked on the shop floor in Blackwell’s Bookshop, in customer service for the Environment Agency and as a supporter communications officer for Cecily’s Fund, a Witney-based charity. In Australia, she picked grapes, bottled wine and got involved in community projects locally - including a town newsletter, a pre-schoolers singing group, craft projects and fundraising book sales.

Down to earth and practical, she is interested in social history, wildlife, enjoys gardens and craft, but doesn't get as much time to do them as she’d like. She follows local sport, is an Oxford United fan and a committee member of OxVox, their Supporters Trust. She supports the charities BBOWT, St Mungos and Kiva.