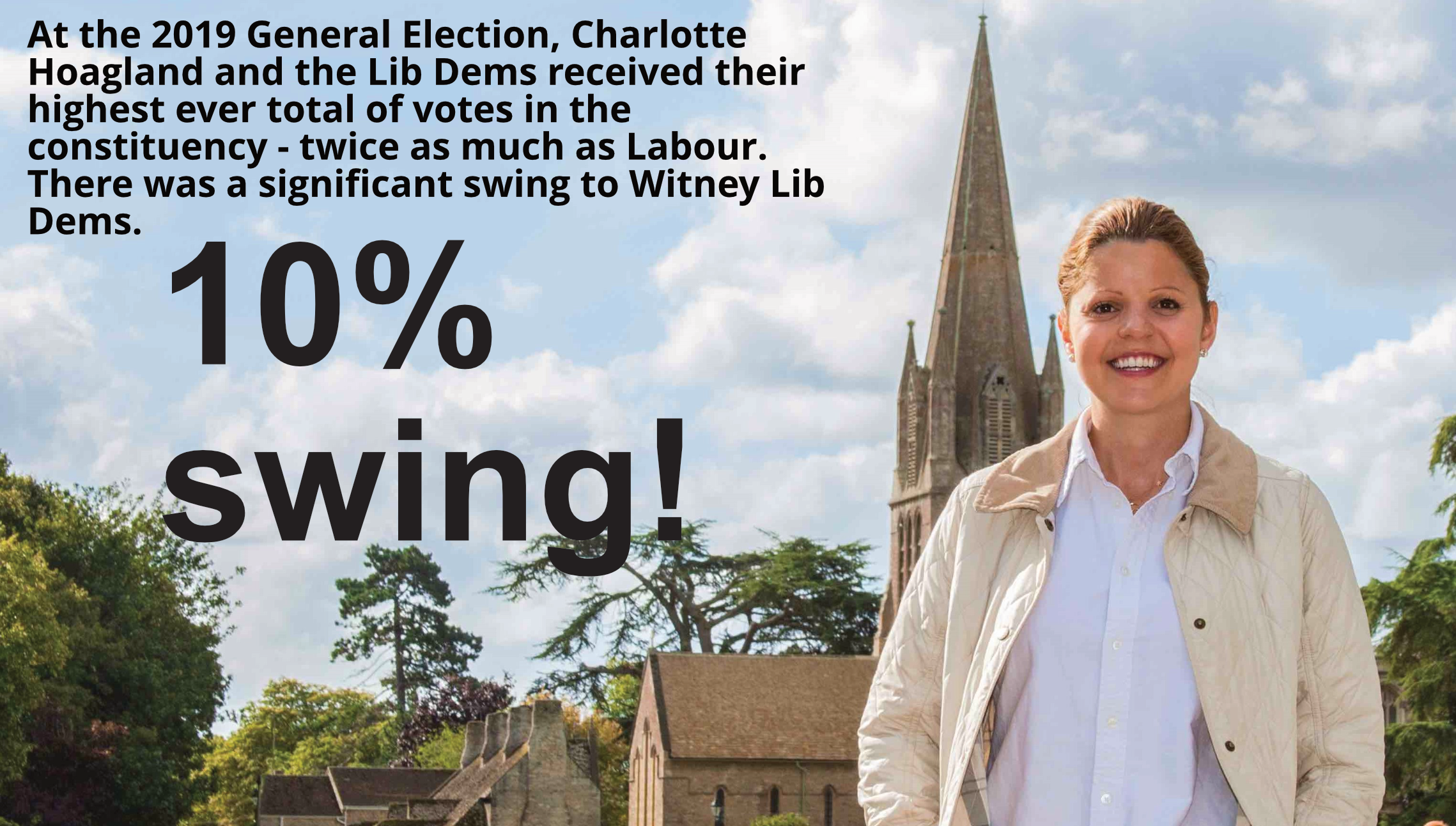 At the 2019 General Election, the Lib Dems received their highest ever total of votes in the constituency - twice as much as Labour.  There was a significant swing to Witney Lib Dems.

This follows the pattern of local government election results and the 2019 European elections - when the Lib Dems topped the poll here.  On West Oxfordshire District Council the Lib Dems are the official opposition to the Conservatives.