The Liberal Democrats secured a huge swing against the Conservatives to win a council by-election in an area bordering Witney, which is seeing a keenly fought parliamentary by-election.

Today Tim Farron, Leader of the Liberal Democrats, will congratulate the victorious Dilys Neill when he opens the party’s new by-election HQ in Witney.

The victory in Stow-on-the-Wold is thought to be the first time a Conservative or independent hasn’t won there for around 150 years. It is the 18th council by-election gain by the Liberal Democrats since the council elections in May.

It is major boost to Liz Leffman, Liberal Democrat candidate in Witney, where the party is the only challenger to Conservatives facing their first major electoral test since Theresa May became Prime Minister.

In Stow-on-the-Wold the Liberal Democrats secured 65% of the vote (up 21%) while the Conservatives managed 35% (down 21%). It is just four miles from Witney.

Bookmakers are shortening odds on the Liberal Democrats in Witney while Labour odds grow ever-longer, currently 66/1.

“This result is not only another sign of how the party’s fightback is gathering momentum across the country, it is a major boost to Liz Leffman in the brilliant campaign she is waging in Witney. It is also a huge testament to the hard work and skill of our candidate and activists.” 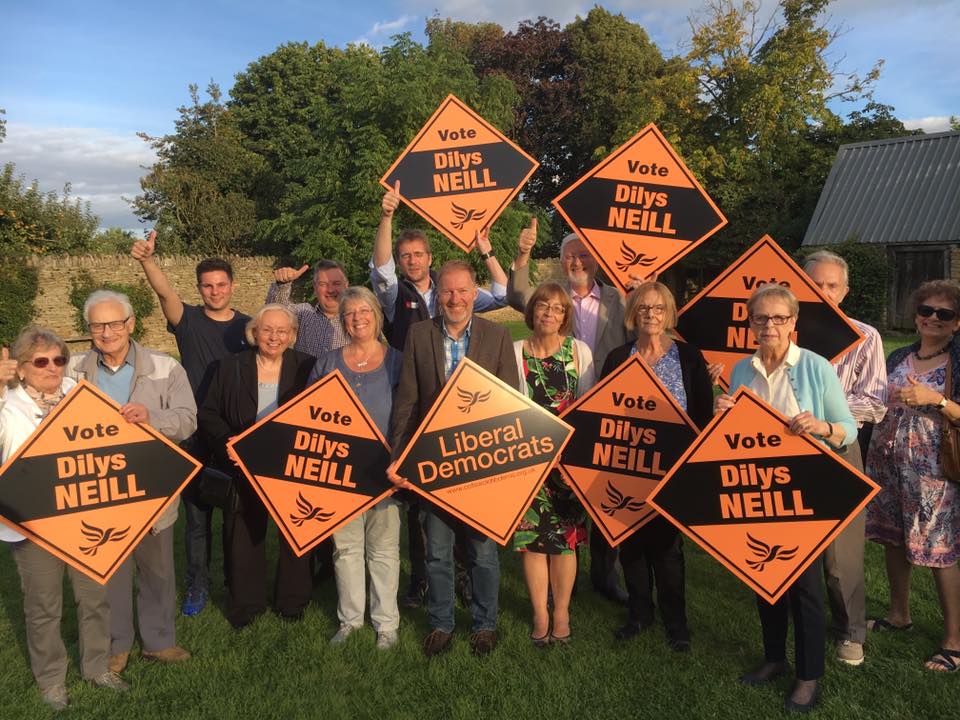