West Oxfordshire Liberal Democrats are delighted to announce that Liz Leffman has been selected as our candidate to fight the Witney by-election.

Liz Leffman a local councillor and business woman was selected overwhelmingly by a meeting of local Liberal Democrats in the Witney constituency. She will be campaigning to win the by-election caused by the resignation of former Conservative Prime Minister and now former local MP David Cameron. 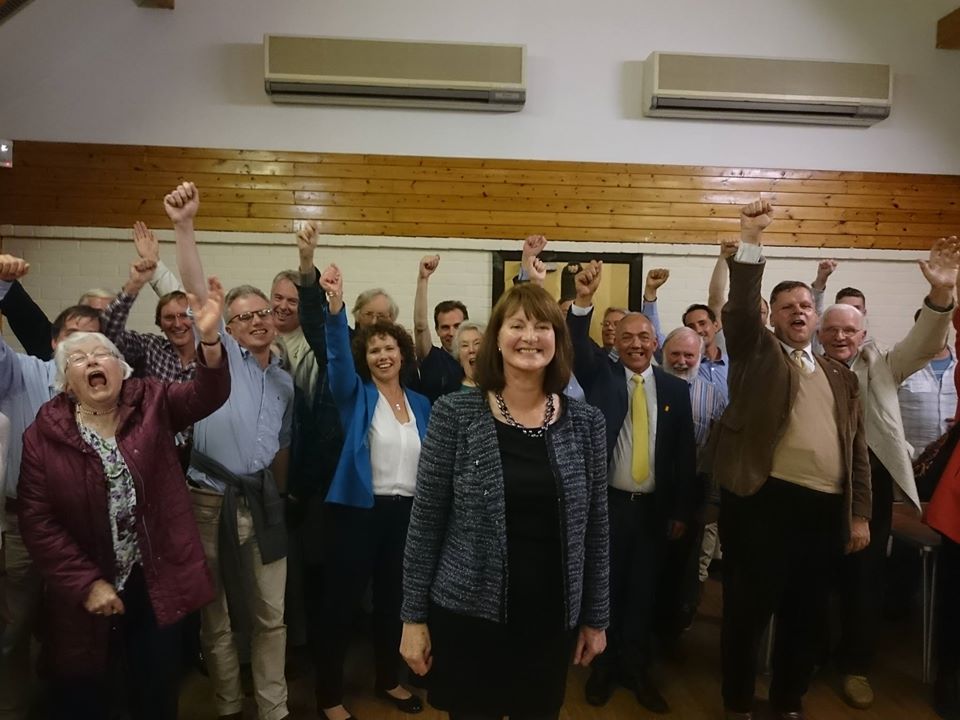 Tim Farron, fresh from his speech at the LibDem party conference in Brighton, made his first visit to the constituency of the campaign to congratulate Liz on her selection. Tim and Liz then went on to meet shoppers and stallholders at Chipping Norton market. 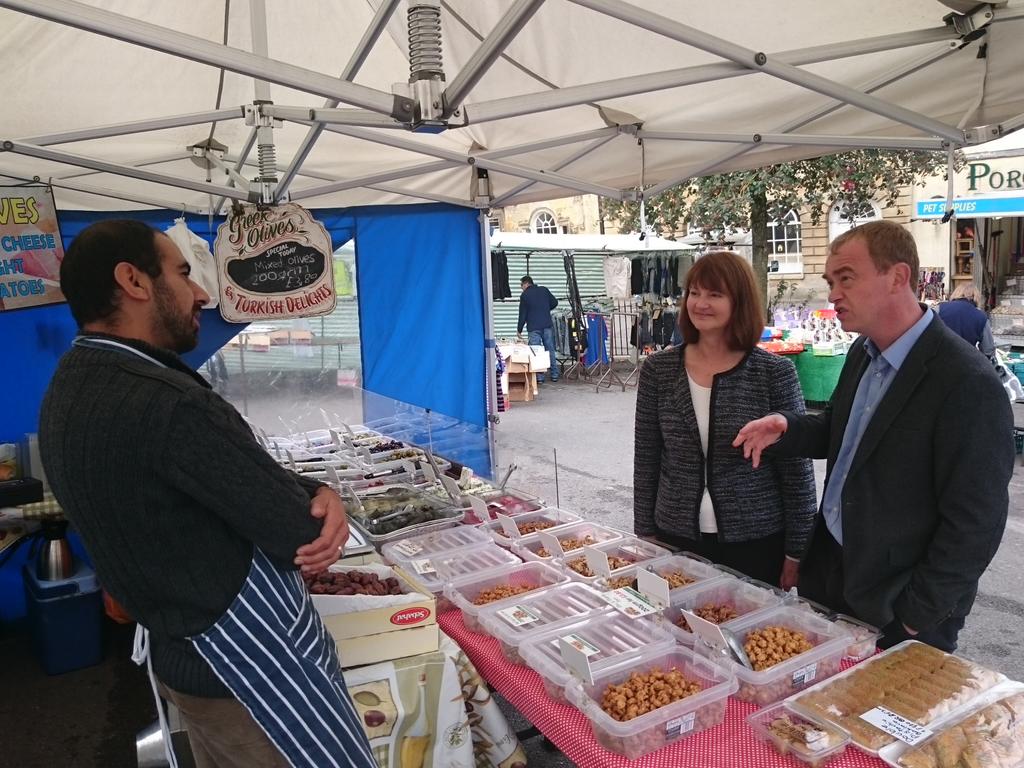 After her selection, Liz Leffman said:

"I am so proud to be representing people in an area where I have been living for 15 years, I love West Oxfordshire.

I will be campaigning against cuts by the Conservative County Council that have left many rural villages without buses.

I will also be fighting for elderly people, who are really suffering due to chronic lack of social care.

Finally, if I am elected MP I am determined to get the Conservatives to build small, affordable social housing units for young local people, rather than vast executive houses across the countryside.”

Liz runs an international business with her husband from Charlbury, specialising in clothes and textiles, giving her an insight into problems that could hit Oxfordshire companies if the Conservatives take Britain out of the single market.

She has been a local Liberal Democrat councillor for five years, and was part of the team that ensured that the Chipping Norton hospital was saved and that its nurses remained employed by the NHS.

And speaking after his visit, Tim said:

“Liz is a first class candidate and I can’t believe that any of the other party will select a candidate even half as good.

Liz and I received an incredibly warm welcome today and it was striking that Liz knew every second person we met. A lot of voters were really concerned by the crisis in the NHS, and were keen to talk about our plan to secure its long-term funding, because make no mistake, it is so starved of cash this is developing into a national emergency.

Voters in Witney need to send a clear message to Theresa May that they demand better services. This is a two-horse race between the Liberal Democrats and the Conservatives, and with such a first class candidate we intend to give this contest a really good go.

Only the Liberal Democrats are fighting to keep Britain open, tolerant and united."

Liz needs your support.  Sign-up to her campaign by clicking here. 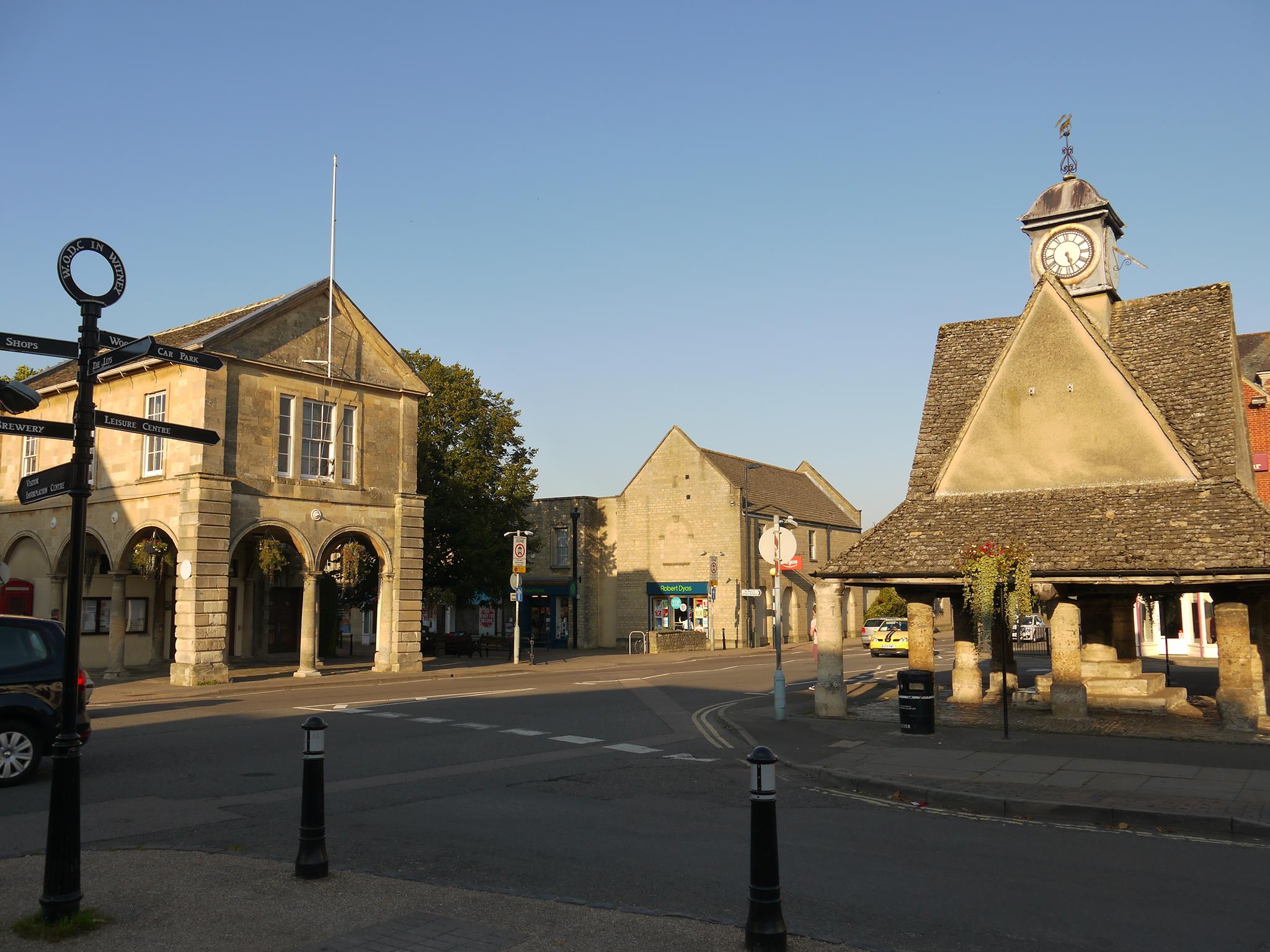