Plastic bag use has plummeted in England since the introduction of a 5p charge last year. This was a LibDem initiative under the previous coalition government.

The number of single-use plastic bags used by shoppers in England has fallen by more than 85%. More than 7bn bags were handed out by seven main supermarkets in the year before the charge but this has been reduced to just over 500m in the first six months after the charge has been introduced.

“We always said the test of this policy would be by the amounts of bags that are cut from public consumption and the funds raised for charities - on both these tests this policy has passed.

"I want to pay tribute to Kate Parminter who fought tirelessly for this policy and today's figures are a testament to her.  It is down to Liberal Democrats in Government that this policy happened – we announced it at our 2013 conference and we are now seeing what a huge impact it has had.

"The facts are simple; single use bags blight our towns and countryside, they trap and suffocate wildlife, and plastic bags take hundreds of years to degrade. These figures show that this policy is starting to stop that." 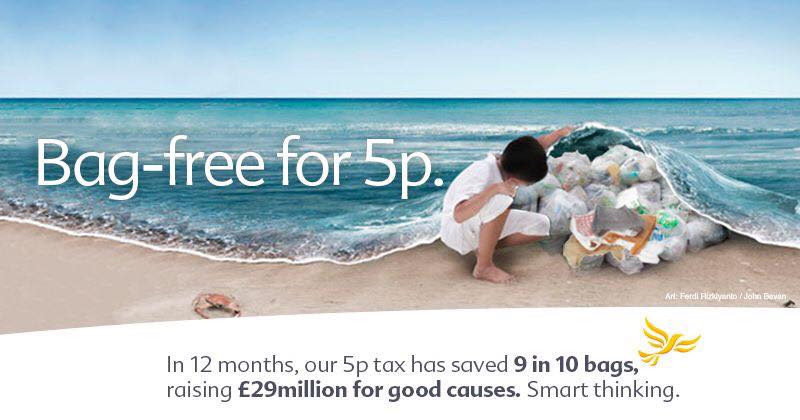