The smart money's on Liz

The bookies are suggesting the Witney by-election is getting ever closer, with momentum moving behind local businesswoman and health campaigner Liz Leffman of the Liberal Democrats.

Corals have now shortened their odds to 8/1 on the Liberal Democrats, who started as outsiders. Meanwhile, some bookmakers are offering Labour at an ever-widening 66/1.

Liberal Democrat tails are up with hundreds of party activists from all over the country pounding the streets in the Oxfordshire constituency this weekend. This follows a shock council gain by the Lib Dems from the Conservatives in neighbouring Stow-on-the-Wold, and Tim Farron’s second visit of the campaign to open the new Lib Dem HQ in Witney.

“The response we are getting from local people is amazing,” said Liz. “We have knocked on half the doors in the constituency alone this weekend, and people agree with us that we must defend local hospitals and bus services from Conservative cuts, provide affordable housing for local young people, and for the sake of local businesses remain in the Single Market.” 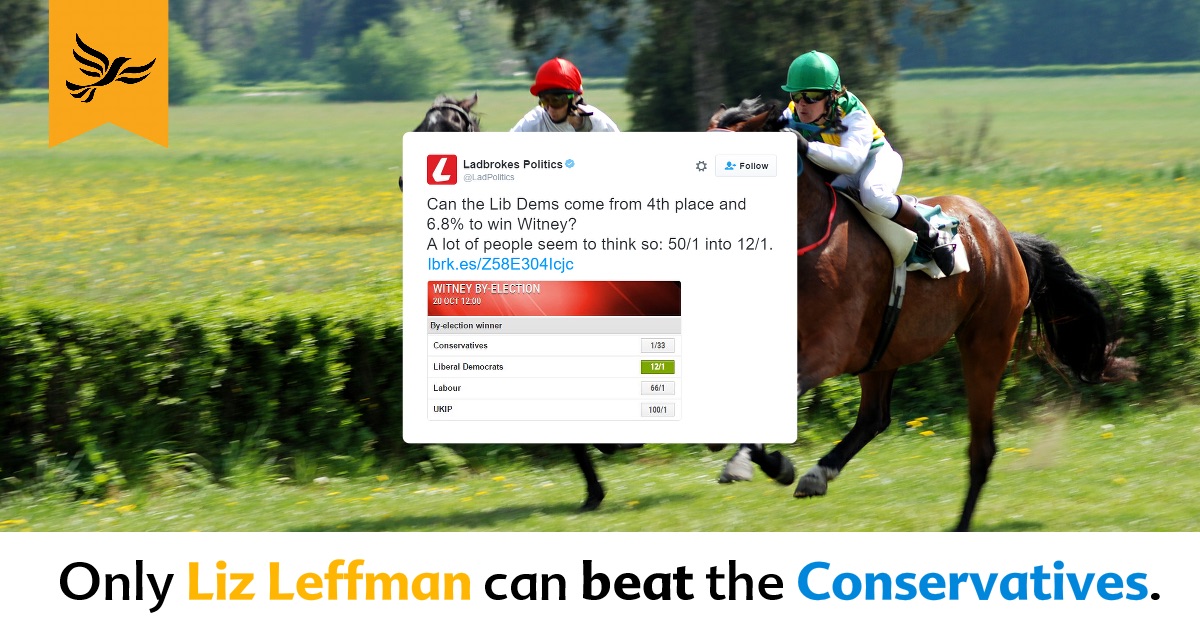