Over 500 volunteers support Liz in Witney

Meanwhile, the small number of Conservative activists reportedly described themselves as “overwhelmed” by the scale of the Liberal Democrat campaign and the dramatic shift in support for Liz Leffman. 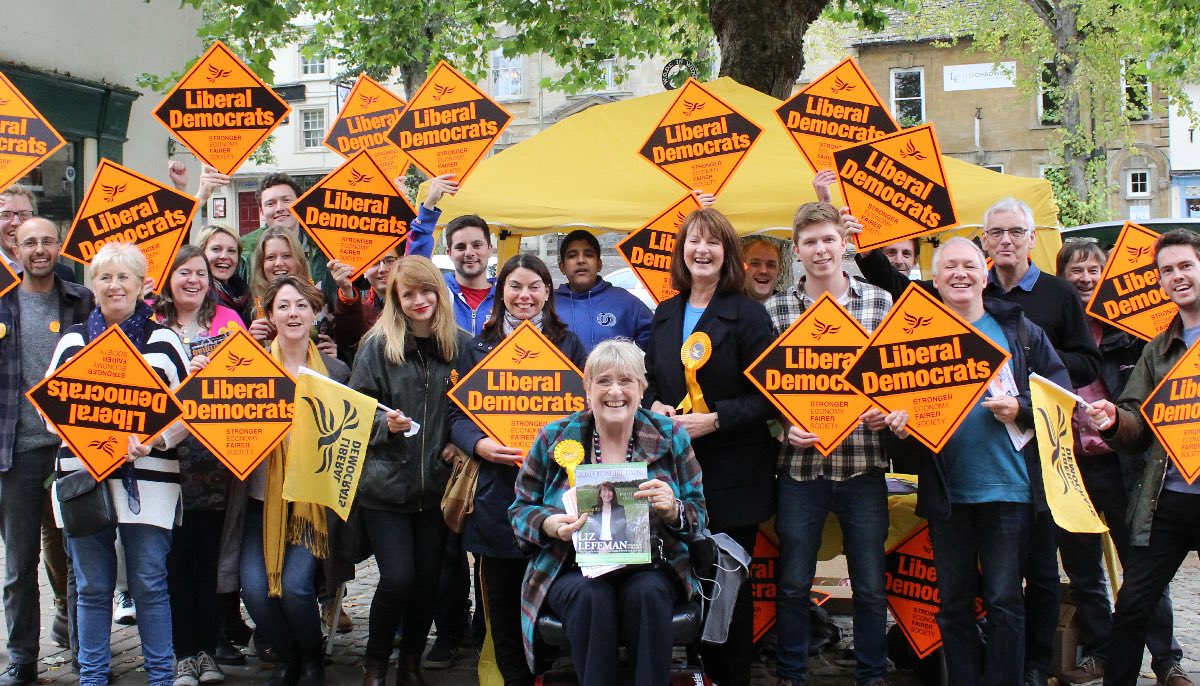 While former PM and outgoing MP David Cameron was left to campaign with just four Conservatives, over 500 Lib Dem activists knocked on doors and delivered leaflets.

“We thought we had a huge army of helpers last weekend, but this weekend it has just been incredible. We still have a long way to go but the people of this area have been wonderfully welcoming and encouraging.”

Liz, who is campaigning to reverse Conservative cuts to local hospitals and bus services as well as to keep Britain in the Single Market, will be joined on the stump this week by former Liberal Democrat leaders Paddy Ashdown and Nick Clegg.

Labour out of the race

Labour are now out of the race for the Witney seat with bookies making Corbyn's party a 100/1 no hope.