Vince Cable sets out his ambitions as our new leader

Vince Cable MP, new leader of the Liberal Democrats, sets out his manifesto. 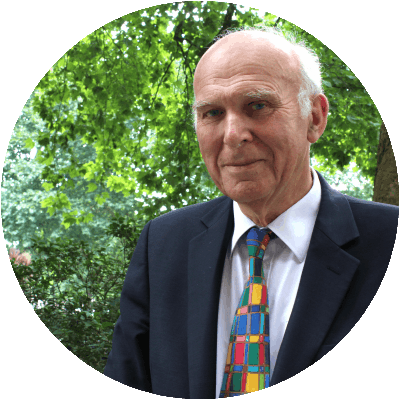 Vince Cable MP is the new leader of the Liberal Democrats

"Vince Cable has been the leading candidate throughout and has been unanimously supported by our MPs and has had a strong backing from the wider party membership. As no other candidate has been nominated at the close of nominations then I am delighted to announce that Vince Cable is the new leader of the Liberal Democrats.

Our new leader inherits a party that is in excellent health.

Under the fantastic stewardship of Tim Farron our membership is at an all-time high and not only do we have our most diverse group of MPs, but we have grown by 50% in the last election. With the significant challenges that our country faces, the need for the Liberal Democrats is bigger than ever and the election of Vince marks a new point."

Vince set out his ambitions to lead the Liberal Democrats, saying:

"I want to lead the Liberal Democrats because I am ambitious about our future.

I believe we are the only party that can represent the millions of liberal-minded people alarmed by the direction this country is taking: people, whether they voted remain or leave, who hate the intolerance, xenophobia and division that the Brexit vote unleashed.

I want the Liberal Democrats to be at the centre of political life: a credible, effective party of national and local government, and a voice of sanity on Europe.

To achieve this, we will have to fight for every vote and every seat.

It can be done: we have a record membership and the enormous energy that thousands of new members have brought to the party.

I believe I have the ability to give that energy a lead, to hit the headlines and to put our party at the centre of political debate"

You can read Vince's manifesto by clicking here.