Boris Johnson, Michael Gove and the Leave campaign put a promise to deliver an extra £350 million a week to our NHS front and centre of their campaign.

Now they are trying to run away from that pledge.

Throughout the campaign, Boris Johnson, Michael Gove and other prominent Leave figures campaigned on a platform that the money saved by exiting the EU - estimated by them as £350m a week - would be instead invested in our health services.

This pledge was on the side of their campaign bus, on posters and on their leaflets.

It is clear that our NHS is desperately under-funded and is in need of greater investment. Liberal Democrats campaigned for increased spending of £8 billion a year, to provide what the NHS needed, with an extra £500m for improving mental health services.

Boris Johnson, Michael Gove and the Leave campaign should stay true to their word and set out how they will fund this £350 million a week commitment to our National Health Service.

If they can't, they should admit that their narrow victory in the Referendum was based on lies. 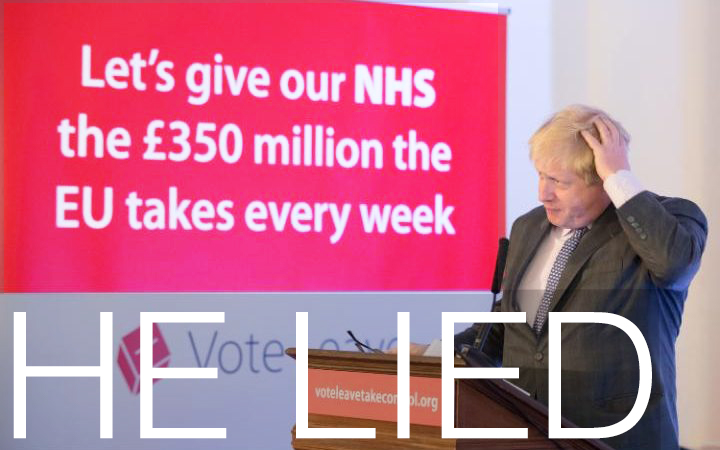