Brexit means that an academic exodus is unavoidable 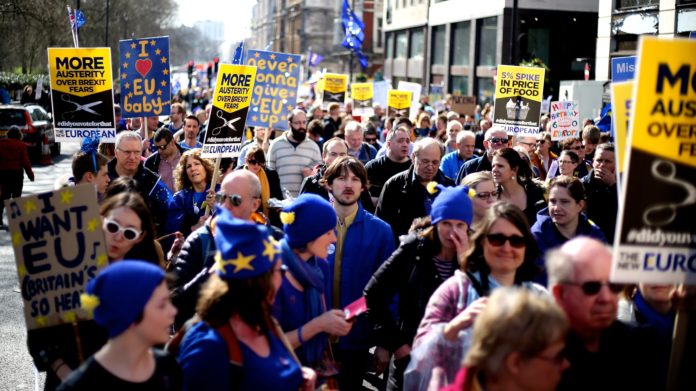 Brace yourselves: Brexit winter is coming. In more flexible employment sectors, ‘Brexodus’ is picking up speed: according to the Office for National Statistics (ONS), 130,000 EU27 citizens emigrated between September 2016-17, the highest number since the 2008 financial crisis. In considering the Brexit effect on EU27 academics, three words come to mind: uncertainty, hostility, and community.

Nearly two years after the referendum, EU27 are still waiting for their post-Brexit rights to be secured. I have relentlessly campaigned against the government’s ‘bargaining chips’ approach and for unilateral guarantees. The draft Withdrawal Agreement hardly puts EU27 citizens’ anxieties to rest: it requires over 3 million EU27 citizens to apply for settled status, and important rights may be lost: for instance, the Oxford European Association, which I chair, has written to Oxfordshire MPs imploring them to pressure the government to guarantee the retention of electoral rights post-Brexit. Moreover, ‘nothing is agreed until everything is agreed’, and as The Sunday Times revealed last weekend a ‘no deal’ scenario is still very much a possibility.

While guaranteeing the rights of EU27 citizens who are already in the UK is morally, practically, and legally required, it does not address post-transition arrivals. If, as the Labour manifesto for the 2017 elections proposed, ‘freedom of movement will end’ (p28), EU27 academics will increasingly prefer posts in EU member states where they, and their family members, can exercise treaty rights. This applies to students too. At a postgraduate programme fair in the Hague last month, nearly every prospective EU27 student asked me about their post-study rights. Can you blame them? They read stories about the Durham university professors who were ordered to leave the UK, having conducted EHRC-funded research abroad (the Home Office backed down after a public outcry); about EU27 citizens receiving deportation letters ‘in error’; and about the NHS levy (paid by citizens of non-EU countries on top of your income tax and national insurance).

EU27 citizens have not forgotten the polarising and emotive campaign that preceded the referendum, where they were constantly portrayed as Schrödinger’s immigrants. I am aware of numerous instances, post-referendum, where friends and colleagues were verbally abused or stared at when they spoke with their friends, spouses, or children in a foreign language in a public space.

Many EU27 citizens feel that they are no longer welcome in the country they call home. Their lived experiences may deter others from coming; unfortunately, a Prime Minister who pejoratively labelled ‘citizens of the world’ as ‘citizens of nowhere’ is hardly well-placed to mend the bridges.

Research thrives in borderless spaces, where visas are not required for academic visitors, where funding bodies are not constrained by nationalist considerations, and where academics can feel at home wherever in the world they happen to be. By erecting barriers, Brexit is retrogressive.

The uncertainty about the UK’s position post-Brexit is seriously harming career prospects of staff involved in EU-funded projects and is therefore potentially making UK academia less attractive than its competitors. This is not just a question of eligibility for participation in, for example, Erasmus student and staff exchange, which the government’s brinkmanship is putting in doubt. Academics in EU27 countries may become increasingly wary of bidding jointly with academics in UK-based institutions. There is already a reported sharp drop in successful bids by UK-based academics, with reports suggesting that “millions of pounds [have been] lost as a result of a fall overall in Britain’s share of the flagship Horizon 2020 project”.

UK academia, not least in Oxford, is currently punching above its international weight; but competition is fierce, both across the channel and further afield. Brexiting, especially if the UK leaves the internal (‘Single’) market, will make it harder to attract international talent and funding. Brexit is detrimental to UK academia, and needs to be stopped. The Liberal Democrats are calling for a referendum on the Brexit deal with the option to remain. We will march in London on 23rdJune, demanding a #PeoplesVote. Join us!

Dr Ruvi Ziegler is an Associate Professor in International Refugee Law at the University of Reading, and Research Associate at the Refugee Studies Centre, Oxford.

This article was first published in Cherwell, the independent student newspaper of Oxford University. Click here to read the original article.