Ruvi Ziegler, Liberal Democrat candidate for North ward in the May city council elections, has called for us to celebrate the contribution made by EU27 citizens in Oxford rather than undermine it.

Ruvi's letter to the Oxford Times reads as follows:

"A Liberal Democrat 'Freedom of Information' request revealed that almost 2,350 academics from the EU27 have resigned from UK universities in the past year, including 230 from Oxford University. In the year following the referendum, 9,832 EU27 doctors, nurses and support staff have left the UK.

Contrary to what Jim Sokel claimed in his letter (January 11), immigration from the EU27 has eased the strain on our NHS.

The Brexodus we are currently witnessing, exacerbating the NHS crisis, is directly linked to the Conservative decision to leave the Single Market. Regrettably, the Labour Opposition, including the Oxford MP Annaliese Dodds, has been supporting in Parliament this damaging proposition.

EU27 citizens comprise one in 10 Oxford residents. They are greatly contributing to Oxford's great research and medical institutions.

We should celebrate their contribution rather than undermine it." 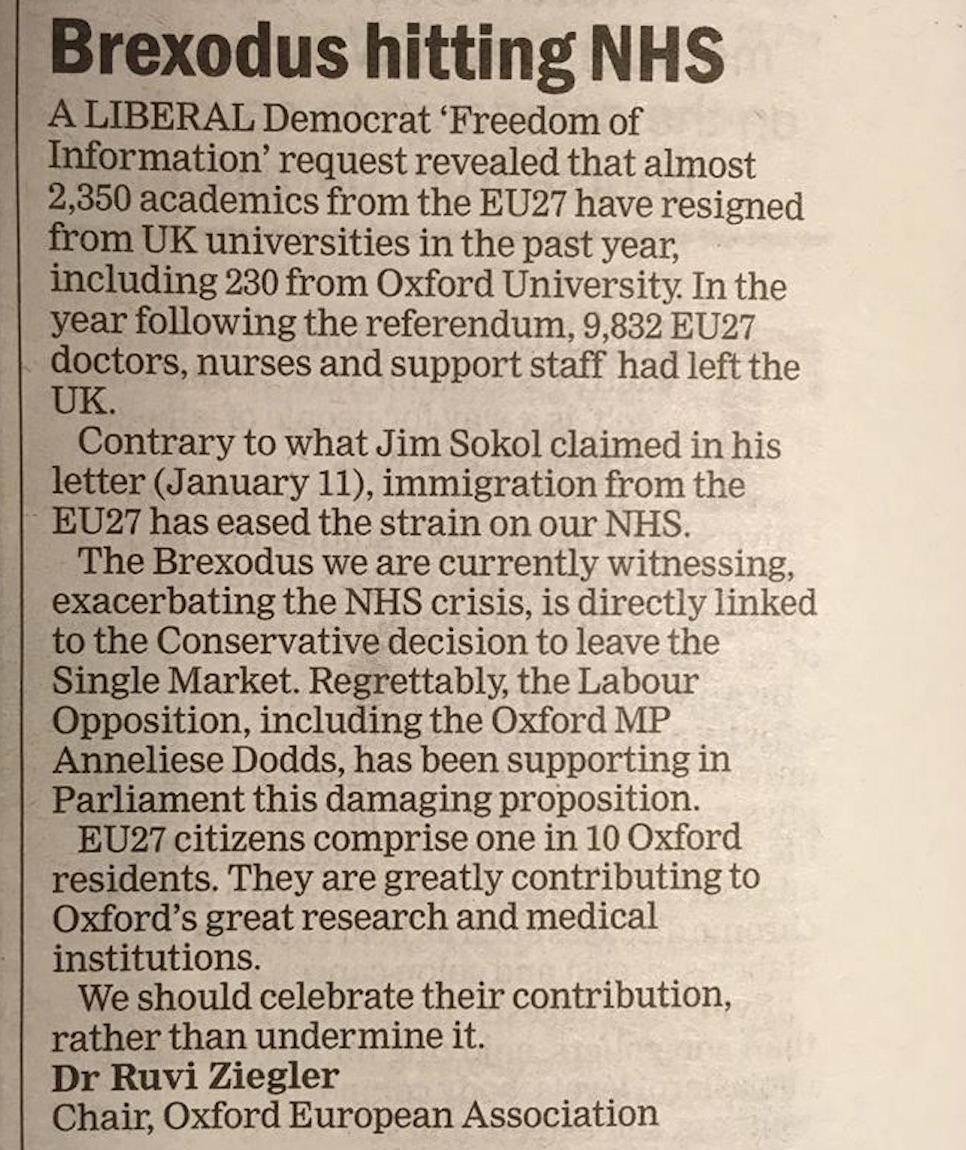