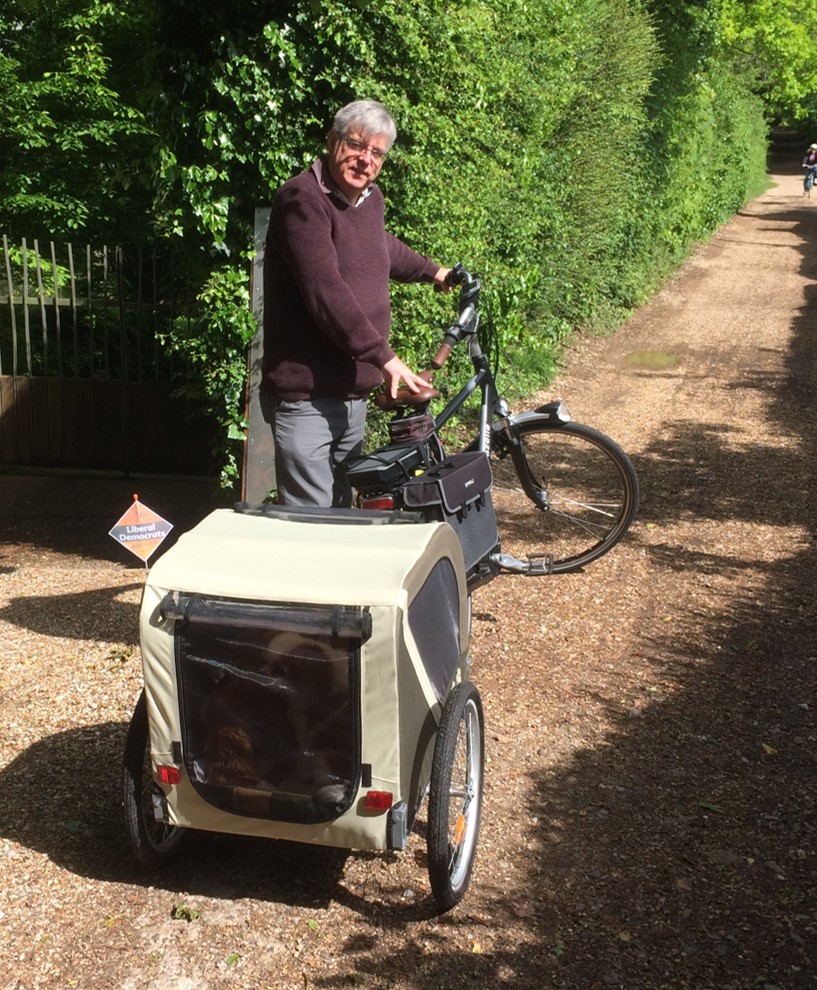 Born and raised near Seattle, USA, Bryan served in the military and then attended University in Alaska. He immigrated permanently to the UK in the late 1980s, and was naturalised as a UK citizen in the 1990s.

He quickly settled and became involved in local amateur theatre. He and his partner set up and grew a research consultancy, working over 20 years to provide a unique and innovative service to governments, large multi-national and regional companies around the world.

As he's moved toward retirement, Bryan has for the past 7 years served as Parish Councillor, as well as with other community groups.

Bryan still has a passion for theatre and the arts. He loves to design and sew quilts and enjoys country walks with his partner and their three dogs. They also spend time on their boat, enjoying the rural river Thames. Evenings and rainy days allow Bryan to further delve into sci-fi and other geeky endeavours.

Bryan Urbick is your County Council candidate for Goring