Liberal Democrat Councillors as part of the Progressive Oxfordshire group on Cherwell Council have called for the Statue of Cecil Rhodes to come down.

Councillors Katherine Tyson and Conrad Copeland signed the letter which said statues of white supremacists and slave merchants should not be standing in our cities.

Read the full letter below. 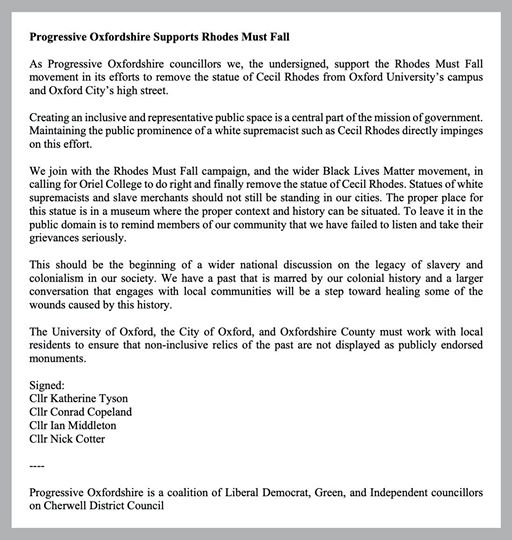