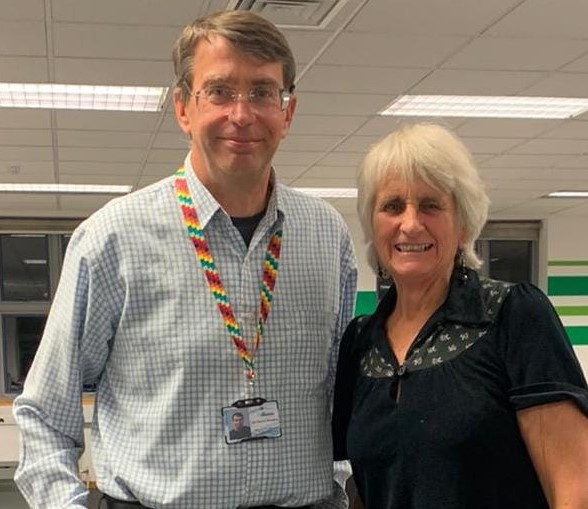 Cllr David Rouane, recently elected as leader of the Liberal Democrat group, is the new Leader of South Oxfordshire District Council. He was chosen by councillors during a vote at the Council meeting last night. He leads a partnership of Liberal Democrats and Greens which has run the council since 2019. His election as Leader comes after Cllr Sue Cooper chose to stand down having led the council since the local elections in 2019.

At the meeting, Cllr Maggie Filipova-Rivers who is a councillor for Goring was elected alongside David as Deputy Leader of South Oxfordshire District Council.

David is a ward member for Didcot North East, and has served on the Cabinet since his election, as Cabinet Member for Housing and Environment, and  Didcot Garden Town. He is also a member of the council’s Climate and Ecological Emergencies Advisory Committee. He has a background in the charity sector, most recently as a director of the climate change charity, Possible.

Cllr Rouane paid tribute to Cllr Cooper, said: “I’m very proud to have been chosen as Cllr Cooper’s successor. Sue has done an excellent job as Leader – she has overseen the development and adoption of an ambitious and exciting Corporate Plan, the creation of the council’s first advisory committee to tackle the climate and ecological emergencies, and her leadership helped steer the council through the difficult pandemic while providing vital support to the most vulnerable members of our community.”

"Sue has laid the foundations on which we need to build. I will be pushing ahead with the actions set out in our Corporate Plan to tackle climate change, promote nature recovery, and build social housing. We have done our research, written our policies, and now we need to get on with the job of delivering for our residents.”

Sue Cooper will be staying in the cabinet with responsibility Cabinet Member for Environment, Climate Change, and Nature Recovery, which is her passion.