The Liberal Democrats want West Oxfordshire to be somewhere where cycling is safe and direct, and it is as easy for people to get on their bikes (if they want to) as it is to jump into their cars.

Since taking office in the County Council in May 2021, we have begun to put our policies into practice:

This clearly is a process that has a long way to go, and funding constraints are constantly an issue, but we'll continue to work to get more safe cycle routes around West Oxfordshire. 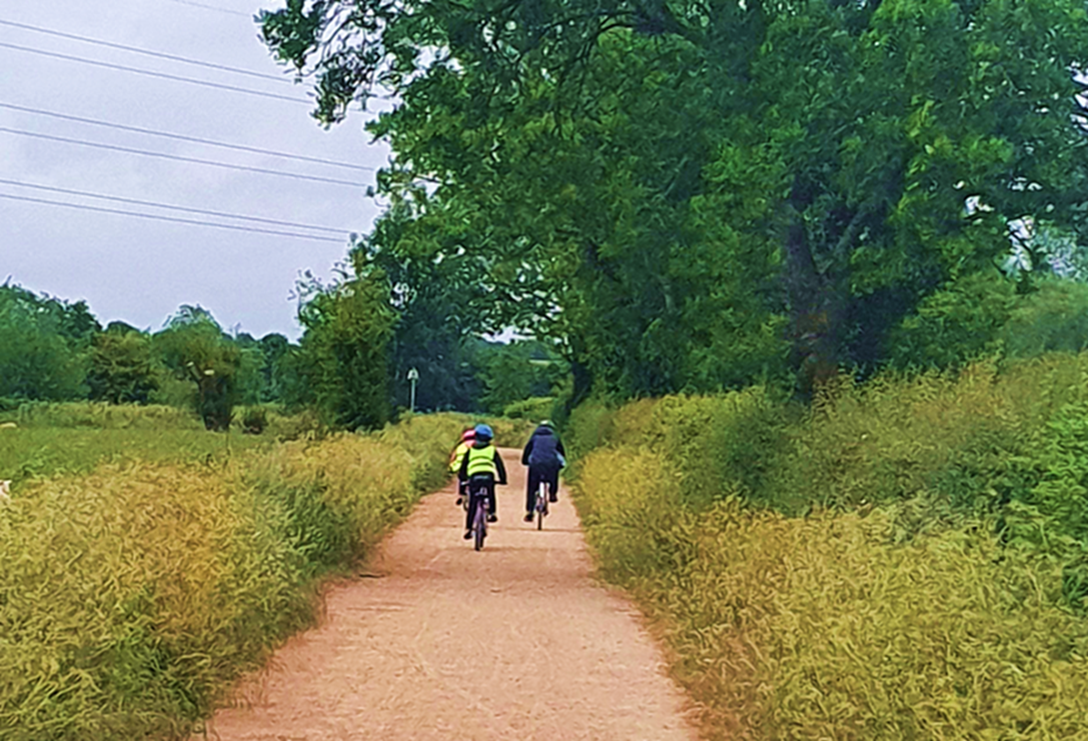 Many of us would benefit from more exercise, and we can all help to reduce pollution and congestion by getting out of our cars when we can. Cycling, walking, scootering and other forms of active travel are healthy and fun. West Oxfordshire councillor and cycling champion Dan Levy talks us through what West Oxfordshire is like for people who want to cycle or use other forms of active travel.

Q. What’s the current situation for cyclists in West Oxfordshire?

Dan Levy: The good thing is that there are lots of people cycling, and there's more and more people cycling. I think there is a genuine commitment by all the local authorities around here to make cycling better. And there are some pockets of decent facilities in some places, though very few. So, for example, the A40 has a cycle track that leads all the way from Witney to Northern Oxford. It's not perfect, but it is well used, and it's safe in most places. People use it, whether they're keen cyclists in Lycra, or people going to work. From Eynsham to Oxford, lots and lots of people do their daily commute by bike along the A40. So that's fantastic.

But the situation could be a lot better, and the only way it's going to get a lot better is if some money is spent on improving facilities. There needs to be the ability of people to get safely from one point to another, feeling confident that they're not going to get hit by a car.

On top of that, there's some nice shiny, obvious cycle routes that ought to be built and have been promised for ages. So along with the new housing that's happening in Eynsham—the Garden Village to the north and the huge development to the west of the current village—it will be crucial to have a cycle route between Eynsham and Hanborough station. Hanborough station needs to be turned into a proper hub people can cycle to to get the train rather than have to drive. Equally, if there was a station in Eynsham for a Witney to Oxford train, people would be able to cycle from Hanborough to Eynsham, park their bikes and get the train or even—GWR permitting—take their bikes on the train.

Another thing I'd like to see—though it's not currently a priority—is putting a footbridge at Bablock Hythe, where the ferry used to be. You can see from a map that this used to be the main route between Oxford and places like Standlake and Witney. A footbridge there would make it much easier to cycle into Oxford from this part of West Oxfordshire. You would go over the river, go via the backroad up to Cumnor and from there you could go down Cumnor Hill. You could also easily get to Abingdon without clogging up the A34. It would also make it much easier to do a fabulous walk with some excellent pubs all linked together (and incidentally allow the Thames Path actually to follow the Thames).

The really key message is that cycling isn't for fast cyclists with expensive bikes. People like me go out on our bikes every Sunday and we'll do that on the roads. The reason you put cycle facilities in is so people who don't currently cycle can use their bikes and kids can cycle places and go to school. Cycling facilities aren’t for cyclists—they're for people who don't cycle. And, at the moment, we have the ludicrous situation where head teachers try and discourage their kids from cycling to school.

Q. Because it's unsafe?

Dan Levy: Yes. So Bartholomew School, for example, in Eynsham has a catchment area that obviously includes Eynsham village. But it also includes the bit of Oxford that would be served by the cycle track I just talked about, so Farmoor and bits of Botley, as well as Hanborough. Lots of kids go to Bartholomew, and, at the moment, they're bused in, which is okay. But that bus provision disappears when kids get to the sixth form. Sixth formers don't get free bus travel. And, of course, if you do afterschool clubs or play sport, then you don't get a bus either. It's ridiculous that if kids want to play football or rugby or hockey, they have to have parents who can come and collect them. It’s absolutely ludicrous.

Q. If somebody wants to see routes around Oxfordshire where they can cycle safely, where can they look online?

Dan Levy: Cyclox is a good resource: www.cyclox.org. There's also Sustrans who have a network of mostly offroad or quiet routes.

Q. So far we’ve focused on people heading from West Oxfordshire into Oxford to work, from places like Eynsham, Witney, Hanborough. They’re very suited to cycling because they’re pretty flat. What about places that are more in the Cotswolds and a bit hillier, like Chipping Norton?

Dan Levy: Chippy is hilly but that's no reason for there to be absolutely no facilities. Bicycles do have things called gears or if you don’t want to break into a sweat you can use an electric bike.

In Chippy, first of all, the new houses that are going up on the outskirts (Chippy is basically doubling in size) need to have proper cycle routes. Like everywhere where new estates are being built there should be direct routes for people using ‘active travel’—that’s anyone on foot, on scooters, with push chairs and on bikes etc.—and indirect routes for people in cars.  This is much easier when you’re building new estates because you can design them properly.

The other thing Chippy could have is a cycle route to Kingham station, along the old rail line. Chippy used to have a railway station, in the olden days. You could have a cycle track along the old rail line leading to Kingham station. Then you’d have the ability to cycle to a station and it'd be a nice ride of about three or four miles. The only problem with that is the will to do it and also the last little bit, getting through Kingham into the station. But it's doable.

Q. One terrifying place to cycle is between Carterton and Witney. It’s no fun cycling along that road because people in cars just bomb along.

Q. How feasible it is to implement all these improvements we’ve been talking about?

Dan Levy: If the central government is willing to help, then yes, things could be done. Everything depends on money and that’s to do with priorities. There is an awful lot of demand on money in Oxfordshire County Council, there’s all sorts of other things that need to be looked after—like education and social care—that have been neglected under the Tories.