Oxford Civic Society's "Spring Clean" was great, but it would be better if the government did more to make sure there's less rubbish available to drop.

Andrew Heaver, a local Liberal Democrat and environment campaigner, recently had a letter published in the Oxford Mail.

"LIKE hundreds of others across the city last weekend, I joined one of Oxford Civic Society's "Spring Clean" litter-picking events. Despite the cold, it was brilliant to get outdoors and to help make our wonderful city shine a little more brightly - and to help make my local area a little bit safer for people and wildlife alike.

However, while collecting what seemed like an endless number of empty crisp-packets and abandoned drink bottles, I did wonder about how we can prevent litter in the first place. Community volunteers want to help - but it isn't fair to expect us to do all the hard work.

Secondly, we need to make sure there's less rubbish available to drop. Isn't it about time parliament looked seriously at phasing out (and eventually banning) non-recyclable single-use plastics? Isn't it about time that government boosted initiatives aimed at reducing packaging, and extending deposit return schemes for drink bottles?

Litter pickers do a great (voluntary) job for their local neighbourhoods: it's time that job was made easier with everybody's help - and real action from the government, too." 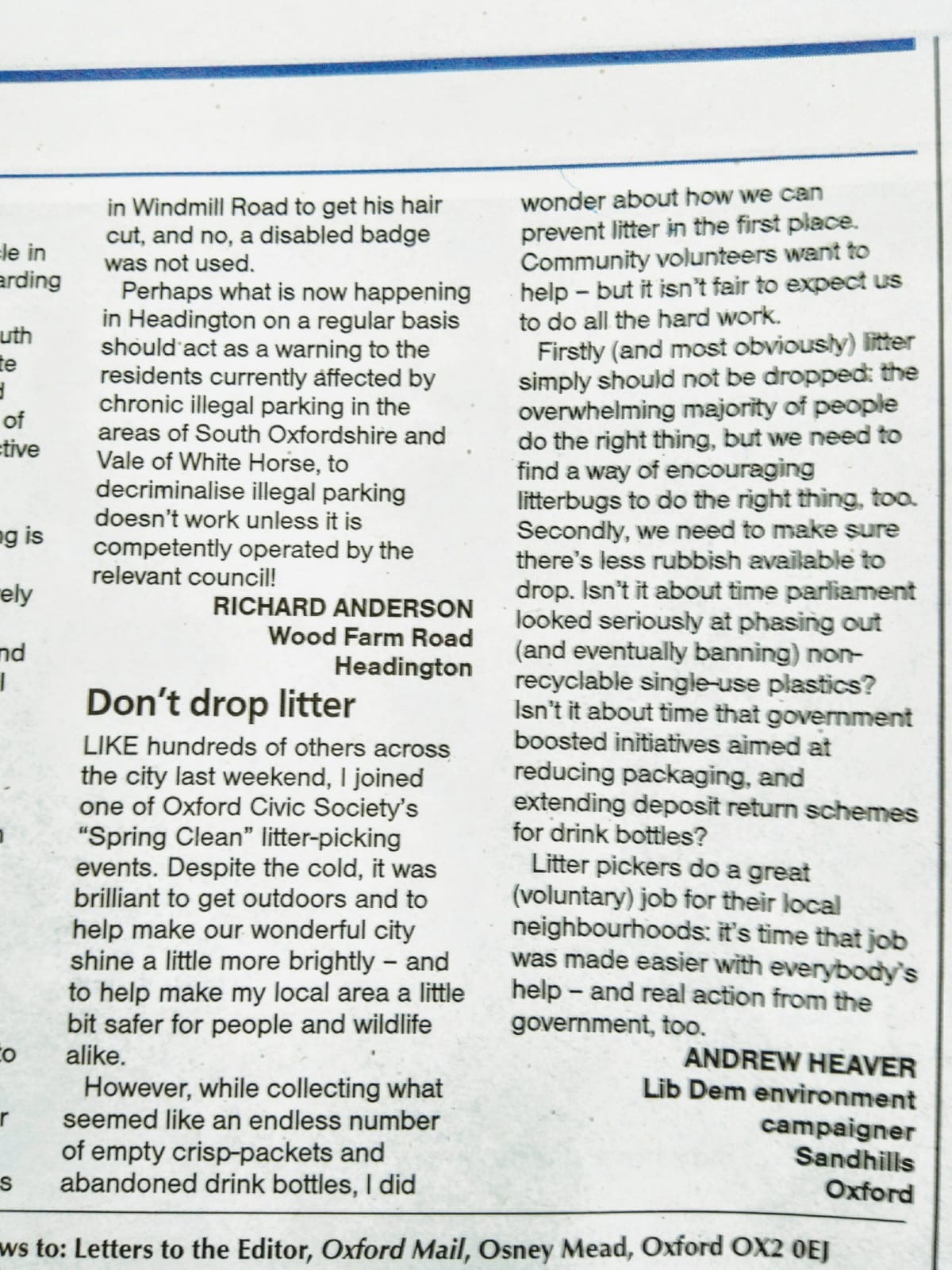