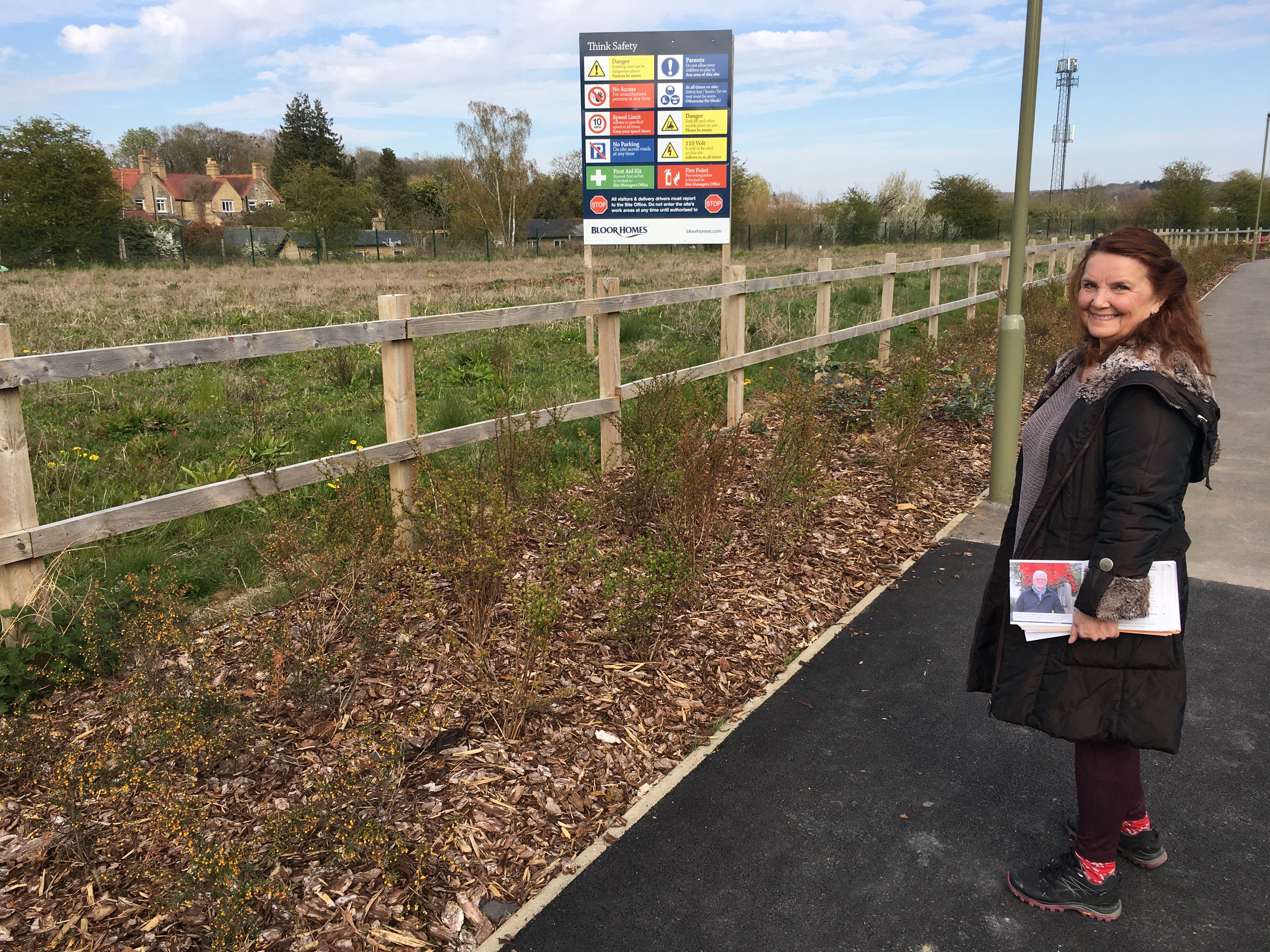 Under the ‘Local Plan’ imposed on Oxfordshire and its districts by the Tories, towns and villages already suffering from terrible congestion are being pushed to breaking point, and there’s no letup in sight. Dr. Lidia Arciszewska, our candidate for West Oxfordshire District Council, talks us through what it’s like for residents in Hanborough and her vision for how the pressure on its villages could be eased.

Q. You live in Hanborough and work in Oxford: what’s it like getting to work?

Dr Lidia Arciszewska: I've been here for 28 years and all these years I commuted to work at Oxford University by car. It was 28 years of increasing commuting misery. For the first two decades it included a school run. Later on, when my working hours became more flexible, I would go just before rush hour—but I had to leave earlier and earlier. Everyone has been doing the same. The roads around here are busy early. Heavy traffic used to start before 7am but we can now hear the steady noise of traffic and even heavy lorries at about 5 am

Q. What about the train?

A. On the train, you can get to Oxford station in ten minutes which is fantastic. However, for me, working near University Parks, I had to take at least one bus after I got to Oxford station. As a busy working mum, it wasn’t practical. I could never understand why this part of West Oxfordshire has no direct connection to Oxford Parkway, North Oxford with its schools and local employment, and the East of Oxford, with its hospitals, universities and commercial enterprises. The other issue is getting to the station in Hanborough, which is on the edge of the village. The cycle path is really bad and you have to cross the infamous bridge, which has a lane 80-90cms wide for both cyclists and pedestrians. It's really scary, because there is a lot of traffic there and a lot of lorries with wing mirrors, passing really close by.

But two things have changed for the better: we have two trains per hour at peak times instead of one and the schedule of the bus, which runs from Witney to Woodstock, has been adjusted to meet the trains.

Q.How many additional houses are being built in Hanborough?

A: In the last seven years or so 450 new houses have been built in Hanborough, which is a 43% increase in the size of the village. There is a real possibility of further 170 homes in the North Field, opposite Hanborough Gate. Then you've got new houses being built in Freeland and North Leigh. The increase in traffic along the A4095, which is the only road running through Hanborough, has been enormous. Then adding to that in the future, there will be Cogges, in Witney East, with nearly 500 houses and there’s also North Witney, with more than 1,400 houses planned. The Garden Village in Eynsham is also going to feed people to Hanborough station every day. There’s also Chipping Norton, which is increasing in size rapidly, with another 1,000+ houses planned.

"If the traffic is already bad now, it’s going to get much worse"

Hanborough is the closest station to all of these places, so the plan is that all these towns and villages will use Hanborough as a hub. At the moment, there are two parking sites, with a total of 251 spaces. The plan is for the station to be developed with space for another 400 cars at the station, across the track from the current car park. Many residents in Hanborough are strongly opposed to this car park development.

The real problem for Hanborough is you've got a steep river valley on one side and the village is very long and close to the road on both sides. There’s just one road going through it. It’s the same situation a little further along in Bladon. There's no way to widen the road in any way. Therefore, building even more houses along the A4095 corridor between Witney and Woodstock is really a bad idea. If the traffic is already bad now, it’s going to get much worse. Even if we reduce people commuting by car, there will still will be a lot of traffic—because of increased traffic from online deliveries and all sorts of commerce.

A: For a start, building another 400-space carpark at the station will just increase traffic which is already horrible. What we need in the short-term is shuttle buses to bring people to Hanborough station. The shuttle buses would come from Witney, because even if there is a new Carterton-Witney-Eynsham-Oxford rail link, that will take time and it makes sense for people from the north of Witney to go to Hanborough station, if they want to use rail to get to work. So, we have to have shuttles: from Eynsham, from Witney and connecting other villages like North Leigh and Freeland to Hanborough Station.

It also needs to be easier to bicycle to the station. Hanborough station is within cycling distance of Eynsham, Witney, North Leigh, Bladon and Woodstock, and of course of Hanborough itself. But as I mentioned, the current route for cyclists and pedestrians is dangerous and off putting. Even from Hanborough, many people drive. We need proper off road cycle routes from Eynsham along Lower Road, and along the whole length of the A4095 from Witney to Woodstock.

In the longer term, doubling the Cotswold Rail Lane track between Hanborough and Charlbury, and in more distant future having a train between Oxford, Eynsham, Witney and Carteron is the only way to take pressure off Hanborough. It’s the right solution. We have to move traffic away from the A4095, because we can't improve it. These two rail links will be fantastic for West Oxfordshire.