Oxford East sits within the City of Oxford (excluding the north-west quarter of the city included within the Oxford West & Abingdon constituency).

Oxford East Liberal Democrats are an active local party, with hundreds of members and thousands of supporters across the City.

Make a donation to help us fight for a fairer Oxford:

Want to get involved with the local party? Fill in the volunteer form, or drop us an email: [email protected] 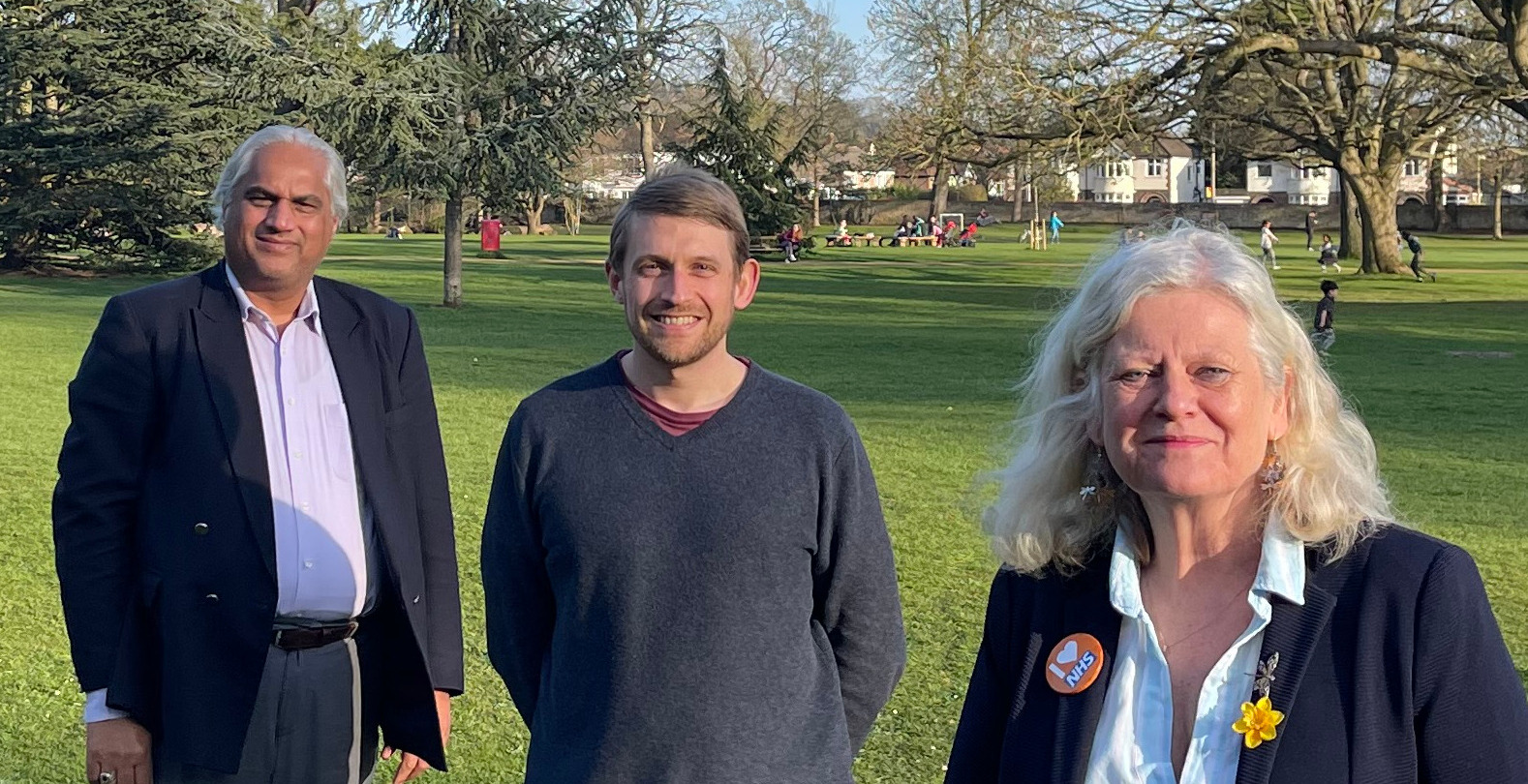 Andrew is a Regional Service Director for an IT company running a professional services division in Europe for the last 20 years. Brought up on the south coast he moved to Oxford in 1997 with his wife, Jo, shortly before the birth of their first of two daughters at the John Radcliffe Hospital.

Locally, Andrew is particularly interested in addressing Oxford’s longstanding affordable housing issue. A statement he hears on the doorstep far too often that resonates is, “We live in a city where our own children are unable to afford a home in the community that they grew up in”. He believes it is important to listen to residents first, then to champion the key issues for their community. He is particularly keen to see more transparent decision-making at the town hall and stronger steps to reduce Oxford's carbon footprint.

A strong European, Andrew advocates a close relationship with our European friends which is crucial to the interests of the majority of Oxford's citizens.

In his spare time, he is an amateur historian, supporting both Oxford Preservation Trust and the Pitt Rivers Museum. On Sundays, when the sun is shining, he can often be found cycling through the Oxfordshire countryside.

A long-standing Liberal Democrat, Andrew first joined the SDP in Brighton on its founding in 1982, where he was regional organiser for the party in Kemptown. He returned to politics in 2016 motivated by the disastrous referendum result and the implications for our city. As he has said, “For too long I expected others to campaign on my behalf. It’s time to stand up for the values I believe in”. Initially joining Oxford for Europe, he became an activist for the Liberal Democrats at the 2017 election and joined the party in 2018.

Roz was born in Oxfordshire and has lived here for most of her life. She went to secondary school in Oxford City, and college in Abingdon. Roz worked in the City Centre managing a store and expanding its retail business around the country. She has recently taken early retirement from Oxford Brookes University where she worked for the Sustainable Vehicle Engineering Centre, the Joining Technology Research Centre and the SMART Group all based in engineering building at the Wheatley Campus. Roz serves as a school governor at Headington Quarry Nursery and as vice-chairman of Windmill School governors. She worked for many years as a volunteer for Oxfam and was a member of the old Oxfordshire Community Health Council which used to scrutinise the NHS.

Roz is an experienced councillor with particular interests in environmental issues and value for money. She believes very strongly in Fair Trade initiatives, and can often be found helping in the Windmill, Headington fair-trade shop. A champion for local democracy and transparent decision making, Roz believes residents should be consulted properly about local issues.

Roz has two grown up sons, a step daughter, five beautiful granddaughters, an energetic grandson; the seventh grandchild, a boy, arrived in June 2013.  She is actively involved with many local community groups and serves as a Charity Trustee for Risinghurst Community Association and Headington Quarry Village Hall.  Roz married Paul Rogers at Holy Trinity Church, Headington Quarry and helps there with the welcome team.

Altaf is currently shadow spokesperson for Culture and Communities.

I have been residing and working in OX3 for more than two decades and am very well versed with the area, the people and their issues. I am a family man and all my children have been born, bred and schooled locally.

I was first elected as an Oxfordshire County councillor in 2005 for Headington & Marston Division. I was re-elected in 2009 from the same division with an increased majority. I have also been an Oxford City councillor since 2006 for Headington Hill & Northway ward. During my time as a councillor at both local authorities, I have held various portfolios. During my tenure as a Shadow Cabinet Member for Community Safety (Oxfordshire County Council), I undertook major reviews e.g. Improving Recruitment and Sustainment of Retained Fire-fighters and Improving Oxfordshire Registration Service etc.

For the last few years, I have been the Shadow Cabinet Member for Schools Improvement (Oxfordshire County Council), which entails raising educational attainment, scrutinising the Education Directorate and appointing School Governors. As a part of this, I was also a member of the Teachers Joint Committee. During this tenure, I undertook a major review to raise educational attainment of Oxfordshire Primary Schools involving 16 primary schools. More recently, I have been a keen and active follower of and contributor to Oxfordshire’s academising debate at the County Cabinet. I have played a major part in restructuring EDAS (Equality and Diversity Achievement Service) and have been instrumental in setting up and initiating the MECF (Minority Ethnic Consultative Forum). I am a vice chair of the MECF.

At the Oxford City Council, I have been an Executive Board member for Community Development and Community Safety. In addition, I have held various positions as opposition group member. I have chaired the Community and Partnership scrutiny Committee and a member of the East Area Planning Committee.

In addition to the above, I have made major contribution to Controlled Parking Zone schemes, Traffic calming Schemes and London Road Improvement Scheme. Despite this work load, I have always prioritised my constituents’ case work and maintained my visibility through all available means to stay in touch with them.

I have a close working relationship with both my fellow Oxford City councillors David and Ruth for a number of years and we work in unison for our joint constituents. I have also undertaken some small scale projects under County Council’s Locality Fund to improve highways in Headington area in consultation with David and Ruth.

I am campaigning to improve Headington to a cleaner, greener area with respect to Traffic/Transport, Environment, Health and Community development/safety. I would like to keep my focus on planning and community engagement so that the council really does listen to the people of Headington.

I am a people person and have always taken pride in my commitment.

Chris is the Group Leader of the Oxford City Liberal Democrats.

Dr. Christopher Smowton is a software engineer and researcher, previously in the field of cancer research and more recently software security analysis. He grew up near York, but has lived in Oxford for the last five years. He is particularly interested in housing issues, and campaigns for affordable, carbon-efficient housing for the next generation. He was first elected in May 2020, and has since relished the opportunity to speak up for local people and secure the improvements our area needs. He is an enthusiastic amateur runner and kayaker.

Chris became a councillor to put in the work to find solutions to difficult local problems. Whether that’s getting the right balance on housing, making our roads safer or campaigning for a cleaner, greener Headington, he is willing to get into the issues in depth and find solutions that really work.