More than 5½ million people have signed a petition to revoke Article 50. Liberal Democrats across Oxfordshire are supporting this call to deliver an Exit from Brexit.

95,000 people from across Oxfordshire, approximately 14% of all residents, have already signed the petition so far, with more than 16% signing in Oxford East and 19% in Oxford West & Abingdon.

With our rights as Europeans and the British economy on the line, it is time for the government to rethink and reverse course.

Despite being the biggest official petition ever, this is still not enough. Many more signatures will be needed to make the government listen on this particular issue. So, if you haven't signed the petition as yet, do sign up to make your voice heard.

The petition can be found at petition.parliament.uk/petitions/241584. 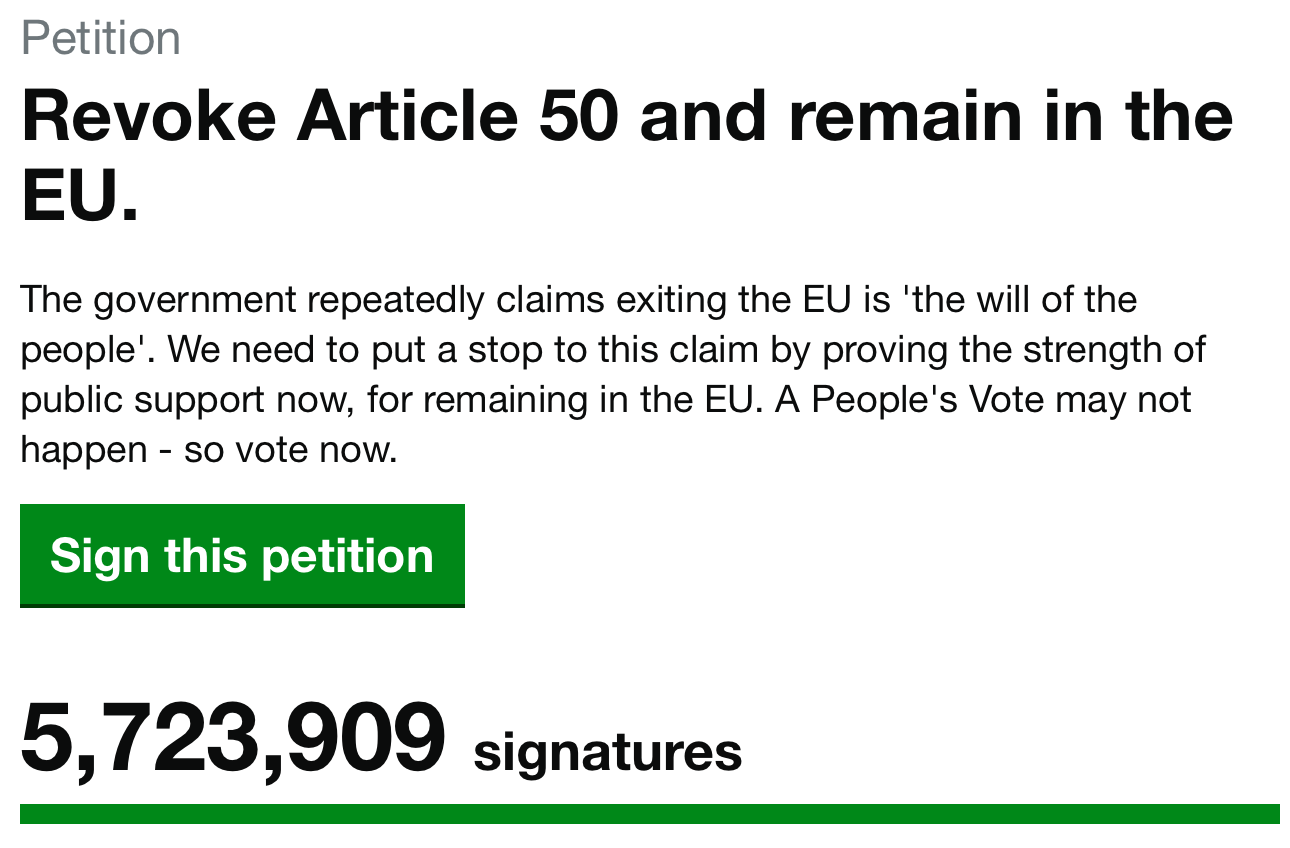 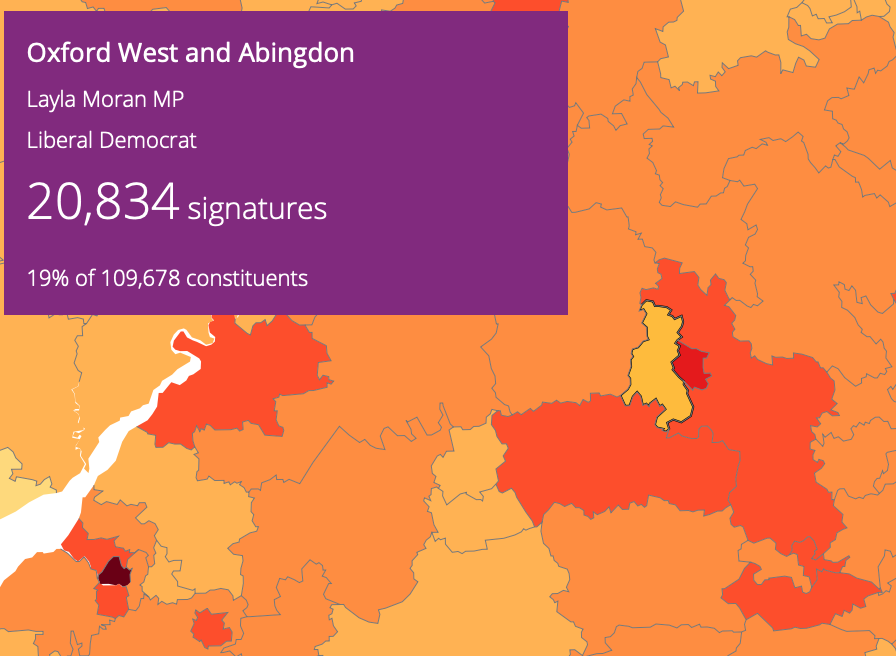 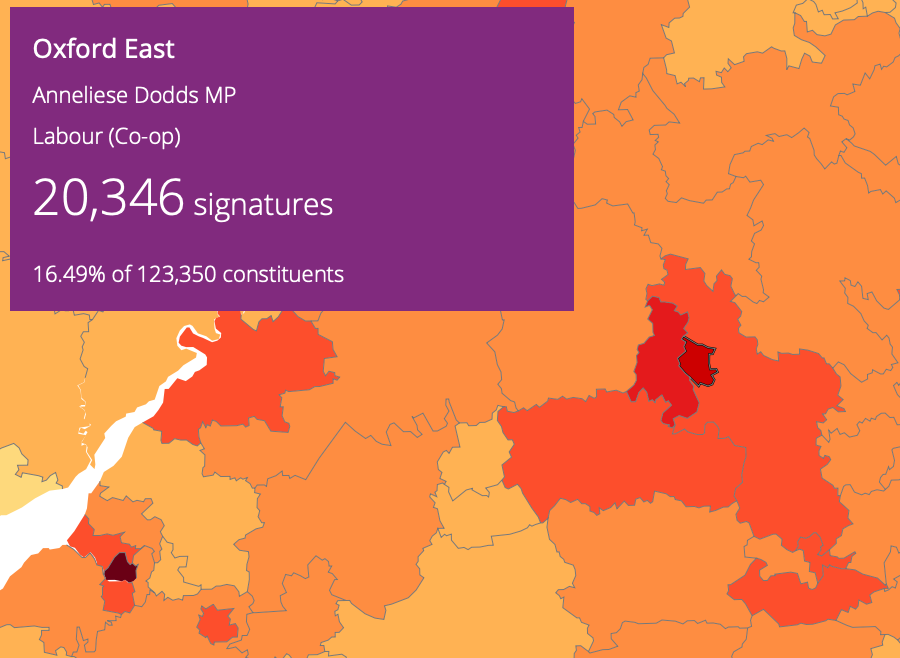