With 600 new houses already planned or built, the beautiful town of Woodstock with its rich cultural heritage is under threat. The Tories have bludgeoned local towns and villages into accepting unsustainable numbers of new homes without the infrastructure to support them. “Residents are in despair” says Andy Graham, the Lib Dem candidate campaigning to oust Ian Hudspeth (the leader of the Tory County Council, who is up for re-election in Woodstock division), “but there is still hope.”

Under the Tory-led District Council’s ‘Local Plan’, which accepted Tory-led central government’s development policies, 10,000 houses will be foisted on West Oxfordshire over the next decade. That’s bad enough but plans for the development behind Hill Rise, across the A44 from Blenheim Palace and Park, takes the number of homes beyond that accepted by the Inspector of the Local Plan. “We totally oppose this,” says Andy. “It’s 50% more homes than were approved.”

You can find an excellent, short, video on how our Lib Dem candidates, not only Andy, but also Dr. Elizabeth Poskitt OBE, plan to reduce the pressure on local infrastructure by clicking here. Our other candidate is Mathew Parkinson, chef and Mayor of Woodstock. 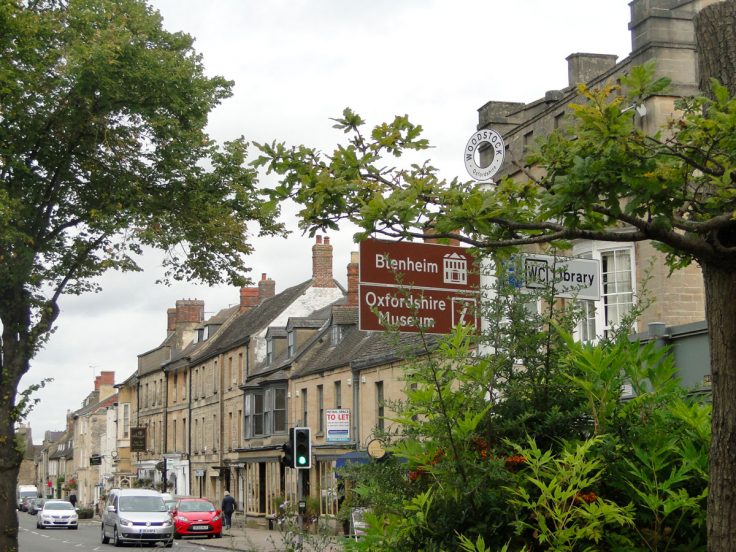 Over the last decade, the Tory-led County Council has done inestimable damage to West Oxfordshire through allowing development without additional infrastructure to support the new residents. Road traffic is a good example. Illustrating their disastrous approach to planning, Ian Hudspeth and Liam Walker (who is running for the Tories in nearby Hanborough) are two of only three County Council candidates in all West Oxfordshire who said ‘No’ to protecting a route which could restore the Witney-Oxford-Carterton rail line - the only viable way to resolve the nightmare of travel on the A40. (The third ‘No’ is Dave Baldwin, a Burning Pink candidate whose stated aim is overthrow of the government through political revolution). Eighty-four County candidates were in favour, as were 97% of the public, according to a Witney Gazette survey. “It’s symptomatic of the last two decades,” says Andy. “The Tory-led councils have failed to invest in infrastructure - with disastrous results. We need change. We must ensure sustainability for the towns and villages of West Oxfordshire.”