Think of your constituents and the UK's standing in the World, is the message from Richard Benwell, Wantage Lib Dems Parliamentary Spokesperson in a letter to Wantage MP David Johnston urging him to vote against government legislation that would break international law. 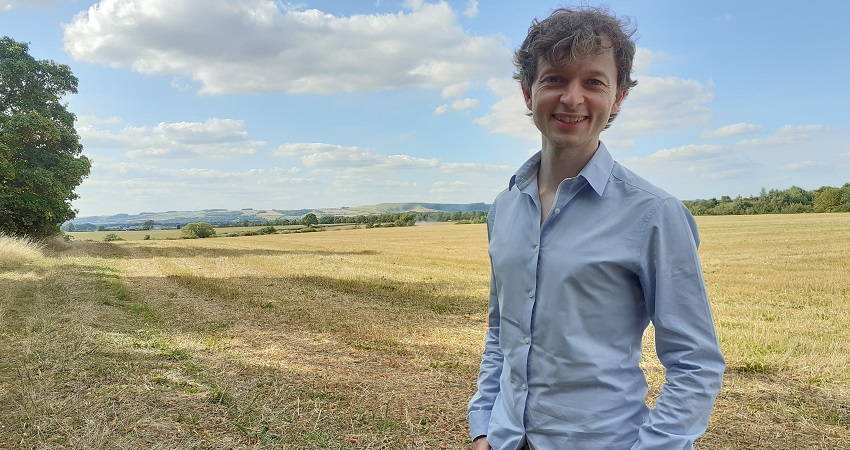 This follows the introduction of the Internal Market Bill yesterday, which would undermine key aspects of the Brexit Withdrawal Agreement. There will be a chance for MPs to vote for or against the bill on Monday 14 September.

Wantage Liberal Democrat parliamentary spokesperson Richard Benwell said: “Breaking international law puts the UK’s standing at serious risk, and the impact will be on people and businesses across the country.

The Prime Minister may wish to appear tough in negotiations with the European Union, which are now reaching breaking point. This is not the way to go about it. Using the law as a bargaining chip is both undiplomatic and irresponsible."

The bill would undermine the Treaty in UK law and give the Government powers to further contravene crucial provisions of the agreement, which was signed by the Prime Minister last year. These include customs arrangements and trade rules relating to Northern Ireland.

Key political figures in the US and EU have said the UK breaching international law would hamper future trade and diplomatic relations and encouraged the government to shelve the Internal Markets Bill.

Richard added:  "I hope David will recognise that with EU talks heading for the wire, there is no time to waste with these unlawful and damaging proposals."

"The head of the Government’s own legal department quitting over Boris Johnson’s approach to Brexit should signal how serious a situation this is.

"For Johnson to think it is acceptable to row back on international agreements and assurances made to Northern Ireland shows he has no respect for international law or the UK's obligations.

"How can the UK expect other countries, like China, to respect the international treaties we hold with them if we don’t do the same when it comes to the Withdrawal Agreement? “

I am writing to ask you to vote against the Internal Market Bill on Monday.

The bill would break international law, undermine a Treaty agreed by the Prime Minister just last year, and give the Government powers to make regulations in further contravention of international law.

Proceeding with these proposals would have serious social, political, and economic consequences.

The Prime Minister himself has argued on the floor of the House that “the rules-based international order which we uphold in global Britain is an overwhelming benefit for the world as a whole”. Such wilful contravention of a recently agreed international treaty would undermine the UK’s moral and political standing on the world stage. So much for “Global Britain”.

Breaking the terms of the Treaty would seriously harm relations with the European Union, undermining trust with our key economic and geopolitical partner. Of course, if the UK were to prove an unreliable partner, this would harm the Government’s chances of striking favourable trade deals with other countries, with direct consequences for the economy. This is not an abstract matter; the effects would be felt here in your own constituency. I urge you to consider the businesses and livelihoods of people in Wantage, Didcot, Wallingford, Faringdon and our villages.

Changing state aid and customs rules for trade with Northern Ireland would contravene the UK’s Government’s clear legal and political commitments made under the Withdrawal Agreement and the Northern Ireland Protocol, which was designed to uphold the Good Friday (Belfast) Agreement. Legislating for a power that could threaten the integrity of that crucial agreement for the island of Ireland would be irresponsible and risk peace and security as well as UK economic interests.

The Prime Minister may wish to appear tough in negotiations with the European Union, which are now reaching breaking point. This is not the way to go about it. Using the law as a bargaining chip is both undiplomatic and irresponsible.

With so little time left to negotiate with the EU, waiting until Committee Stage to amend this ill-conceived bill would waste precious time. I urge you to vote against the Internal Market Bill at Second Reading to put a stop to these unlawful and damaging proposals at the first possible opportunity.