Robert Courts Must Explain Where Russian-linked Money Comes From 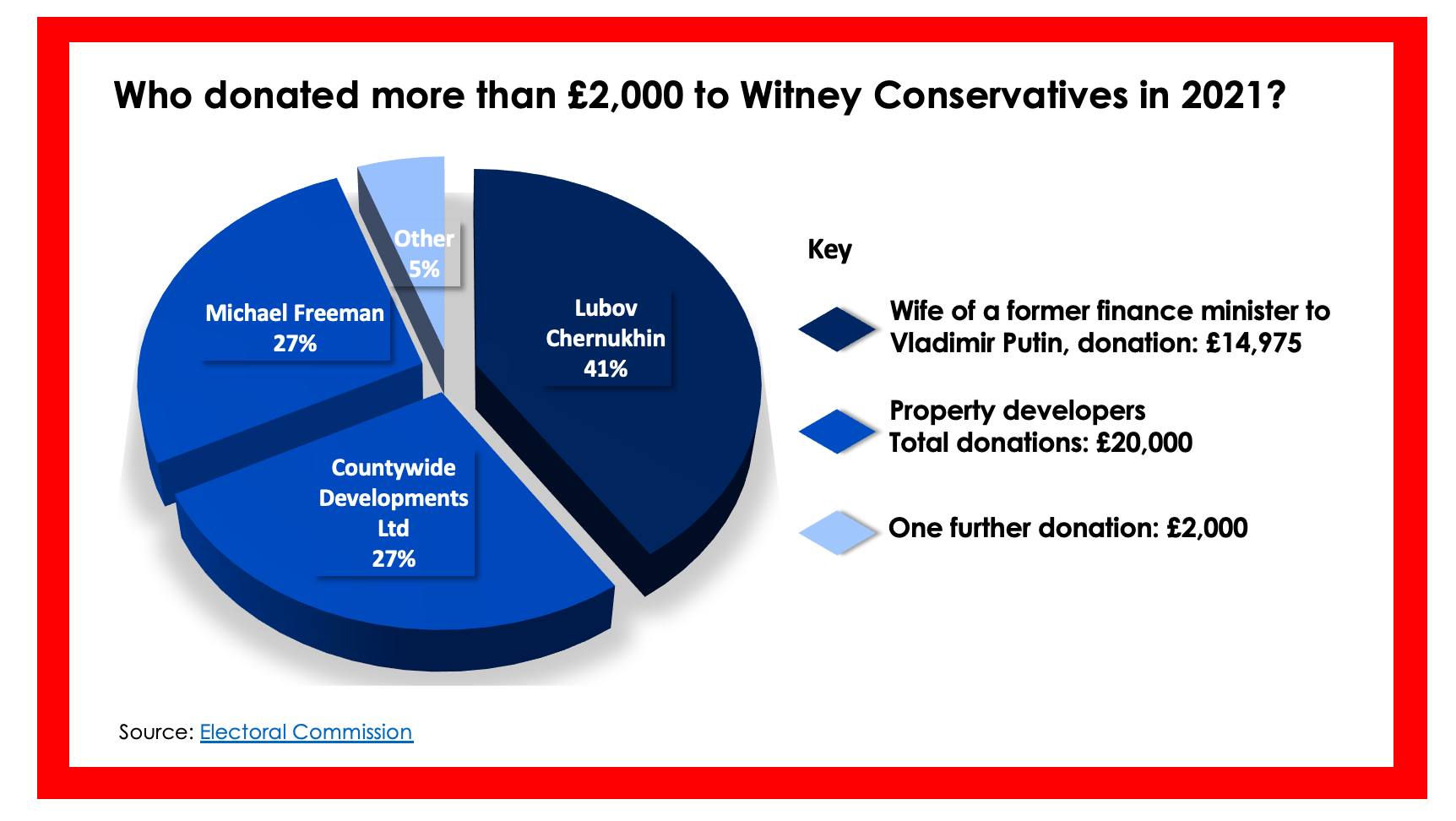 The West Oxfordshire Liberal Democrats call on Robert Courts and the Witney Conservatives to prove the Russia-linked money they have received over the past few years comes from legitimate sources, or to give it to groups who support the people of Ukraine.

Since Mr. Courts’s election in October 2016, the single largest political donor to the Witney Conservative Association has been Ms. Lubov Chernukhin[1]. Ms. Chernukhin has also donated to Mr. Courts directly.

The Electoral Commission requires that you ask yourself: “am I sure I know who this donation is from?” and states that if “for any reason you can’t be sure of the true identity of the source, you must return it” [2]. (Update: since Russia has invaded its neighbour and Ukraine is now facing a humanitarian catastrophe, we believe donating to a Ukrainian charity would be even better than returning the money)

Given the Electoral Commission’s requirements, we are deeply concerned by the facts below, all of which are in the public domain. Robert Courts and local Tories need to explain what steps they have taken to be sure that the funds they have accepted from Ms. Chernukhin do indeed originate from her. The fact that Ms. Chernukhin now also holds British citizenship is clearly insufficient to answer the Electoral Commission’s questions.

According to our initial research:

Given the above, the evidence suggests the money does not meet the electoral commission's standards for acceptable donations. We call on Robert Courts and the West Oxfordshire Conservatives to give it to civil society groups in Ukraine that support independent media in the country and counter Russian disinformation or humanitarian groups.