South Oxfordshire Local Plan - Examination in Public runs until the 7th of August 2020. All the details can be found here.

Prior to the election in 2019, the former Tory administration at SODC submitted their Local Plan for examination. Liberal Democrats campaigned against this plan and said that, if elected, they would withdraw the plan and write their own.

Election leaflet from May 2019

Their main criticisms were:

When the newly elected Libdem/Green partnership took control of the council in May 2019 they were prevented from carrying out this election promise by a Direction from the Secretary of State, the notorious Robert Jenrick, sweeping aside the result of the election.

The public examination of this plan has now begun and local people can put their case directly to the Inspector. 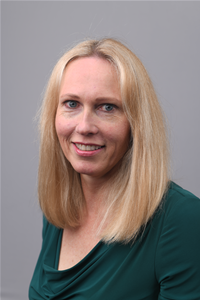 Lib Dem cabinet member for Planning, Anne-Marie Simpson, said:  “This is a plan which has attracted more than local interest. Indeed we are in the national spotlight, both because of the unusual step of the Secretary of State issuing a Direction to progress this plan, and because we are the first authority to have a virtual local plan examination.

This plan has had a long and difficult journey. Six years in the making, six rounds of public consultation, and perhaps record-breaking levels of public engagement in a local plan.  This was the birthplace of neighbourhood planning and this, perhaps, is one reason why we benefit from such a highly engaged and knowledgeable constituency of residents, which we heartily welcome.

The Plan is deeply controversial. It contains a step-change in the level and pace of house-building in an area which is already building some of the highest housing numbers in the country, and the acceptance of unmet need from our neighbour Oxford City.  It has been prepared in the context of wider forces of ambition for the Ox Cam arc, Government funding for infrastructure linked to accepting higher housing numbers (The Oxfordshire Growth Deal), and our own ambitions for Science Vale, Didcot Garden Town, and Berinsfield Garden Village.

As a new administration, we are ensuring a stronger emphasis on climate change and green recovery in the Plan. We prefer well-planned low-carbon housing development which enhances nature recovery, and maintains the beauty and character of South Oxfordshire.”