An even better Oxfordshire with the Liberal Democrats

The Oxfordshire County Council elections are on 4 May 2017. Your vote could make all the difference to the lives of people in Oxfordshire, so make sure you vote in the most critical local elections in a generation. 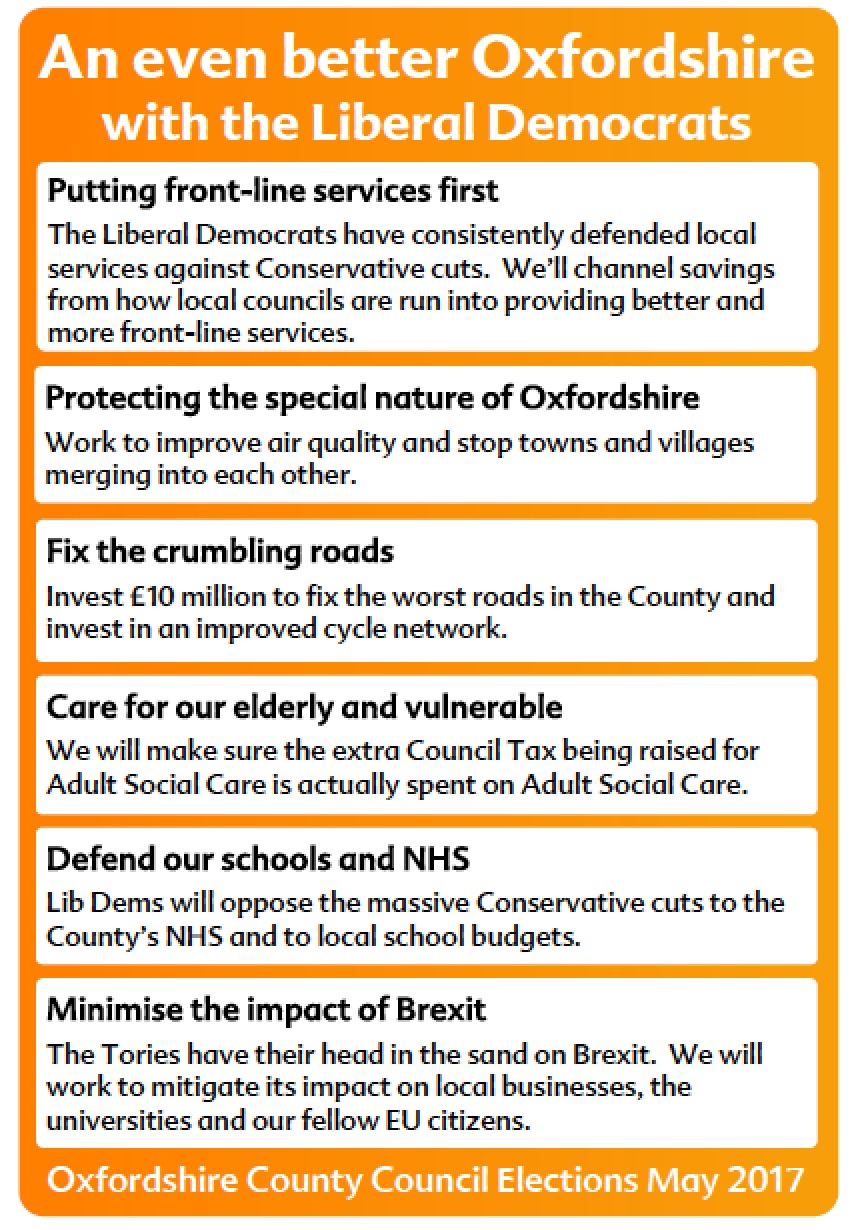 We have a real chance of gaining seats in May to increase our influence on Oxfordshire County Council. We are campaigning for an open, tolerant and united Oxfordshire.

We proposed alternative approaches which saved libraries from closure and secured funding to keep many Children’s Centre services going with community support.

We support plans to cut the cost of running local councils so that the savings can be spent on front-line services instead.

Protecting the special nature of Oxfordshire

Air quality in many parts of the county is dangerously poor. The Conservative approach that means it might be better by 2035 simply isn’t good enough.

The Conservative’s unrealistic approach to development has left the green spaces between settlements under threat and piecemeal development of the Green Belt. We’ll back genuinely affordable housing while protecting green spaces.

Our crumbling roads are the most visible example of Tory failure across the County.

They describe their approach as ‘managed decline’ and it’s simply not good enough.

The Lib Dems put forward plans to invest £10 million to fix the worst roads in the County, paid for by prudential borrowing at a time of record low interest rates. We will also invest in much needed cycle routes.

Care for our elderly and vulnerable

Adult Social Care is under-funded nationally and the cost is being shunted on to local councils.

As a result Council Tax payers are being asked to pay extra Council Tax.

Our elderly and vulnerable deserve at least that.

Defend our schools and the NHS

The Conservative Government is underfunding our schools and NHS.

School budgets were already set to fall in real terms and that has been made worse by the latest proposals. Most Oxfordshire schools will lose out by even more.

Cuts to hospital beds and services have also been proposed in an attempt to fill a £134m gap in NHS funding in the County.

Minimise the impact of Brexit

The Tories have their head in the sand on Brexit.

They seem to believe that by repeating their ‘Brexit means Brexit’ mantra, all will be well.

We take the potential impact of Brexit more seriously.

We will work to mitigate its impact on local businesses, our universities and the research sector, and we’ll defend the rights of EU citizens who already live and work here.

You can also help our campaign in the followings ways by: 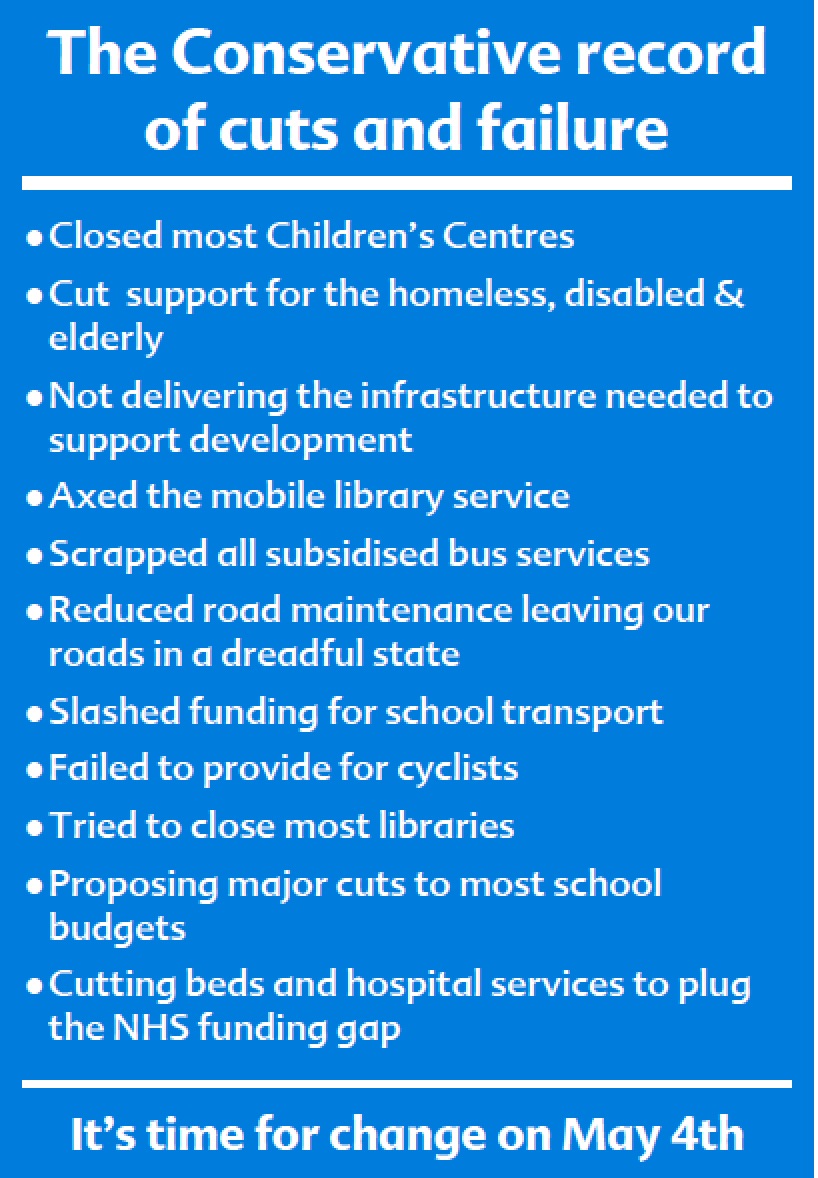