Here are the 15 Lib Dem councillors now representing you on West Oxfordshire District Council. Email us ([email protected]) if you have any questions.

We had a great night!

It took till 5.30 in the morning, but when the results of May 5th elections were all out, we had five new councillors elected to West Oxfordshire District Council, knocking the Tories out of power for the first time in more than two decades. Well done to everyone for their hard work, and please email us if you'd like to get involved! Full results of the election are available here (click on 'summary of results'). Here's an article from the Witney Gazette on what might happen next. 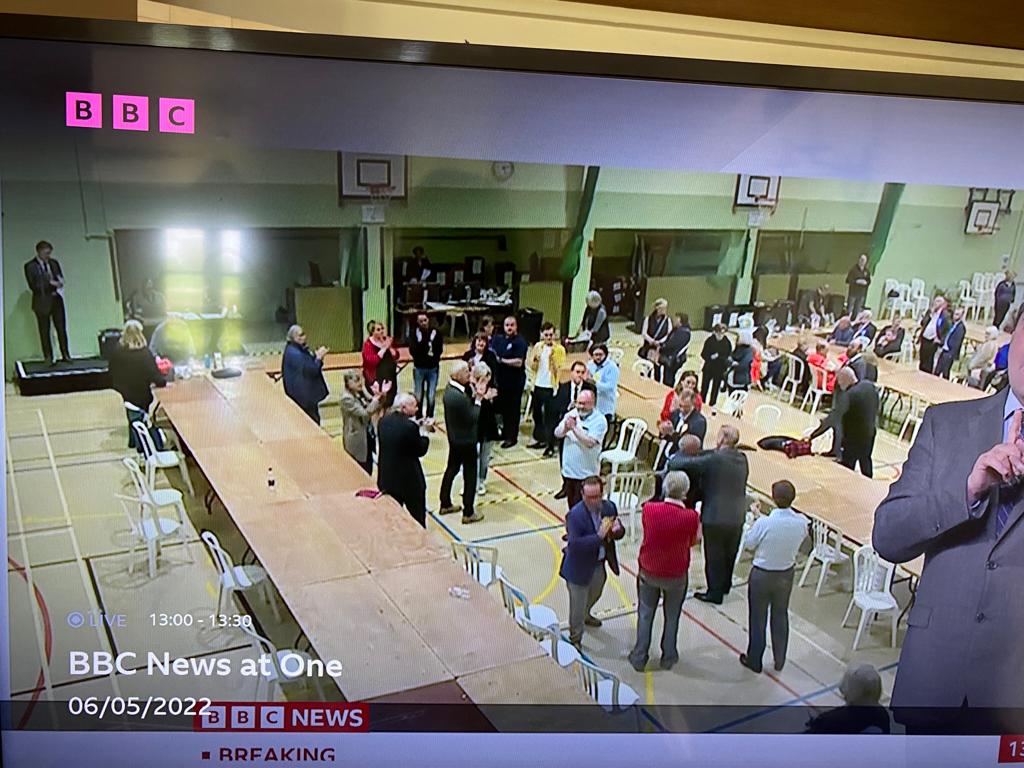 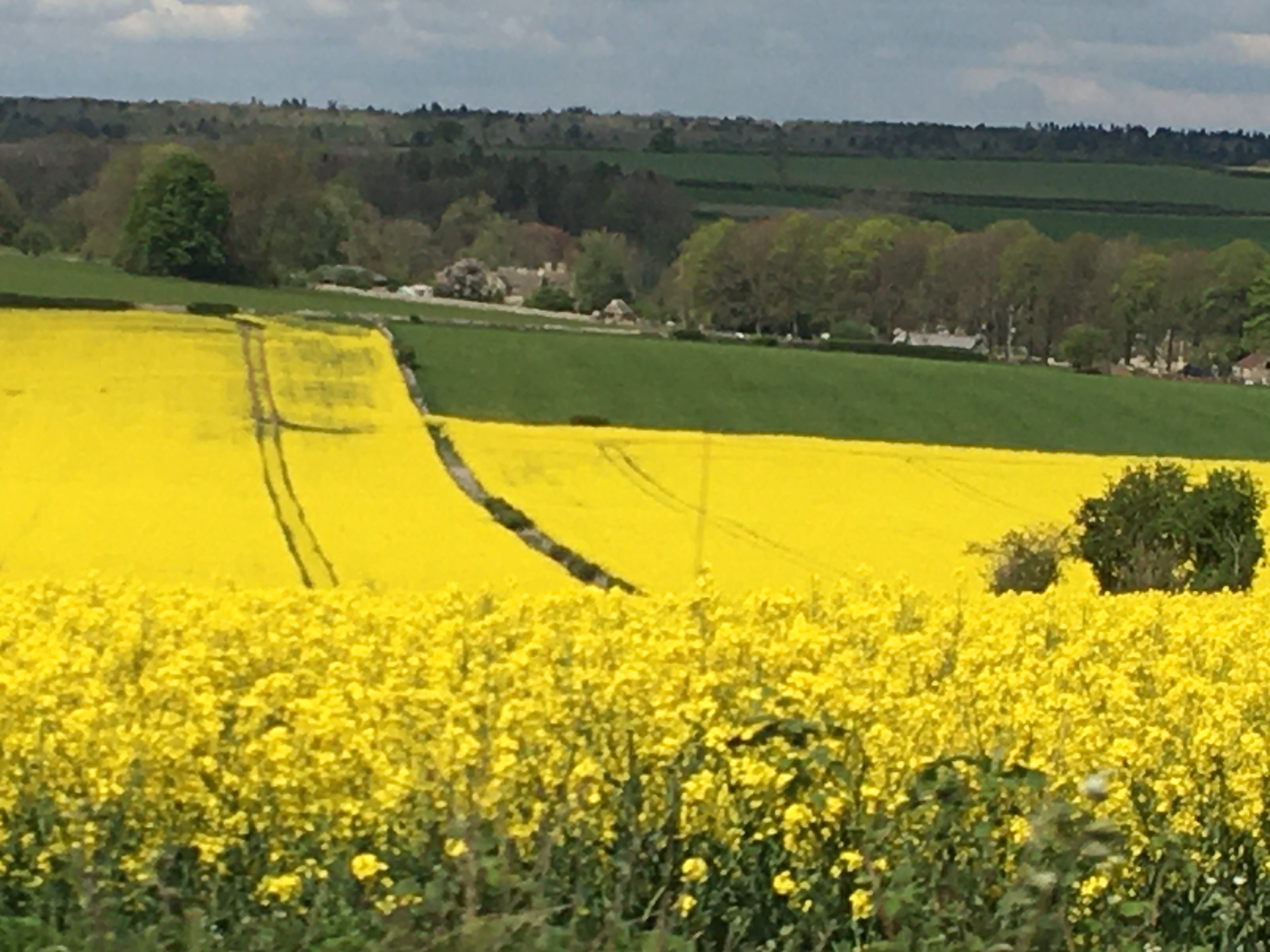 It's a great time of year to vote Lib Dem!

Natalie King, the Lib Dem candidate, has won a seat on Carterton Town Council in a massive victory over the Tories: 294 votes to 139. The by-election took place in Shillbrook ward, previously a solidly Conservative seat, and was the Tories' worst result in the area for at least two decades. 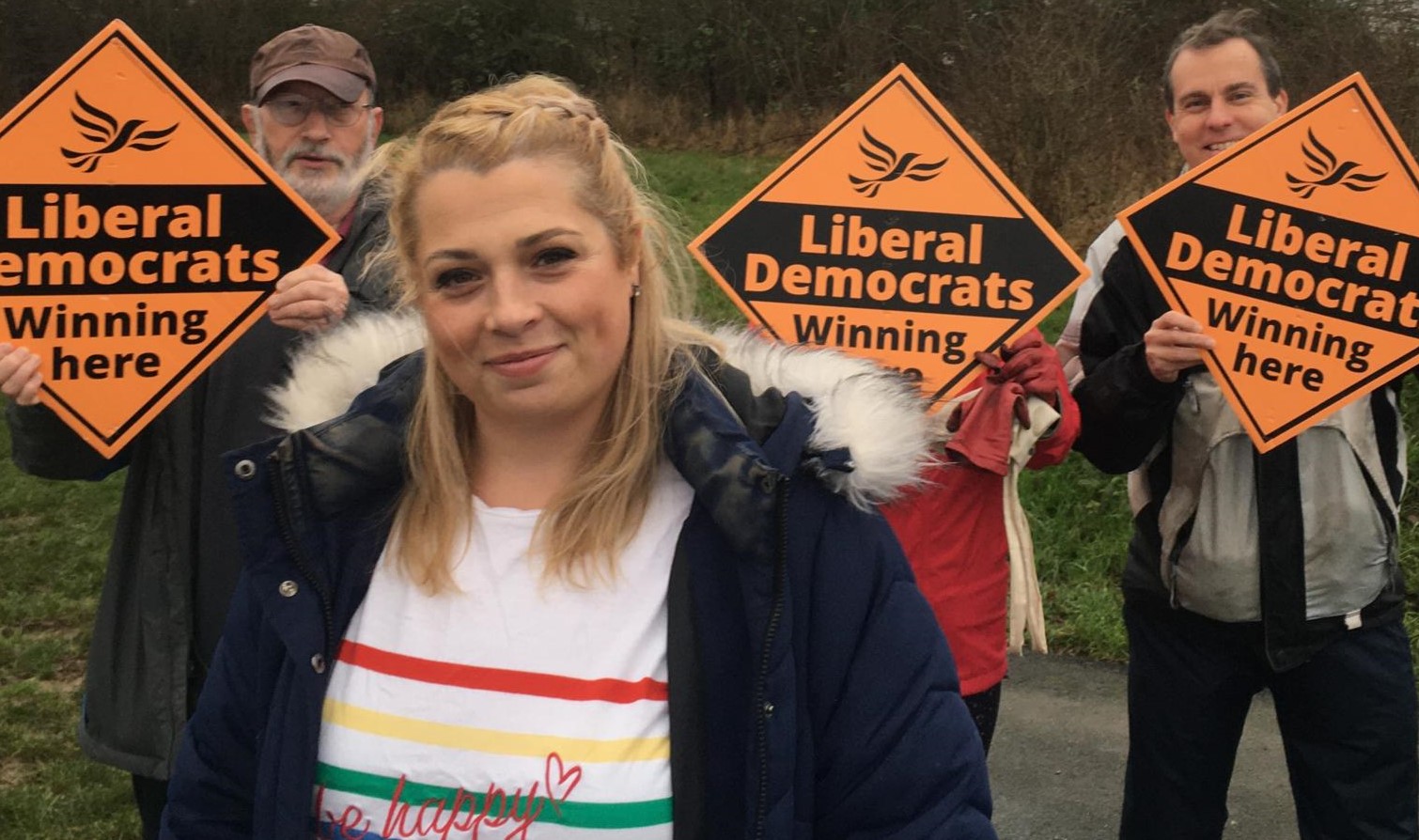 “I am incredibly honoured to have been elected by the people of Carterton," said Natalie, who lives locally. "I’ll be getting straight to supporting the Save the Rec campaign, standing up for all residents, and fighting for the local services we need."

Villages can now request 20mph zones to slow traffic racing through streets where people may be walking or children playing. Some West Oxfordshire residents have long been concerned about speed limits on some roads. Oxfordshire County Council has now made it possible to request a 20mph zone on your street. To do so, you'll need the approval of both your parish council and your own county councillor. You can then make the request here, on the Oxfordshire County Council website.

Read more about our commitment to '20 is Plenty' here, and the charity that inspired it.

We’ve now seen how our MP, Robert Courts, responds when he has an opportunity to crack down on water companies pumping sewage into our rivers. Rather than defending the Windrush, the Evenlode and our other beautiful rivers, he voted with the government on October 20th against forcing water companies to reduce discharges of untreated sewage. Fortunately, even if Robert Courts and other Tory MPs don't stand up for us, Feargal Sharkey, the lead singer of the Undertones, has been doing a great job trying to defend our rivers. 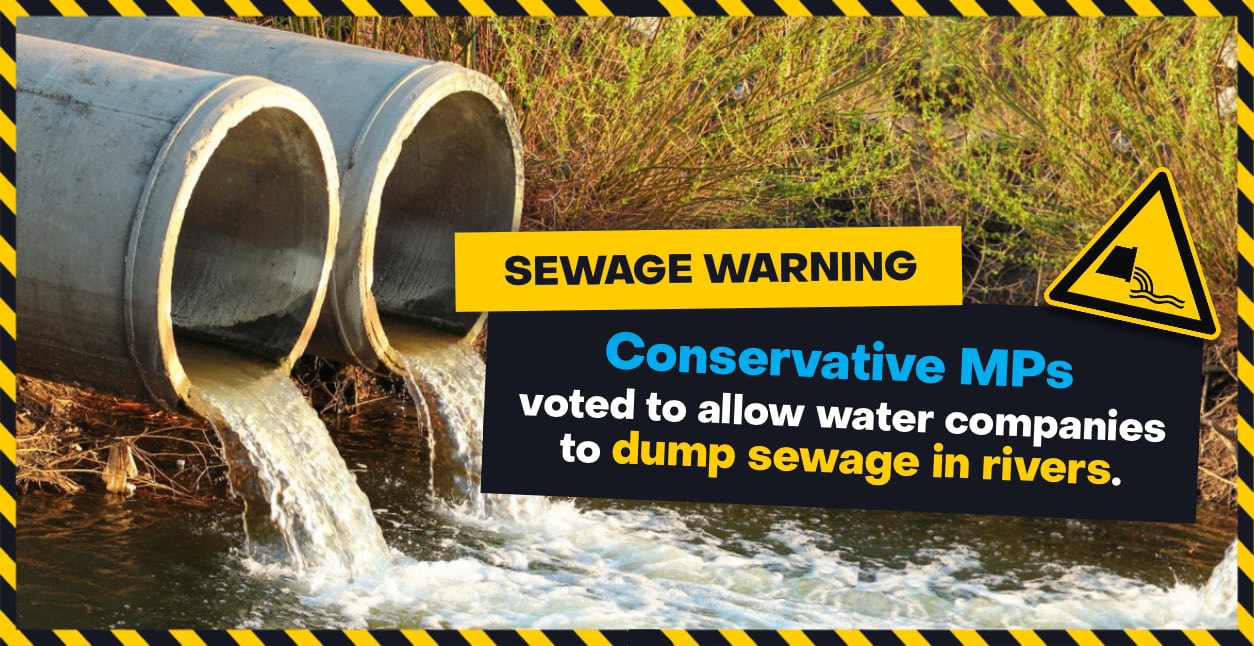 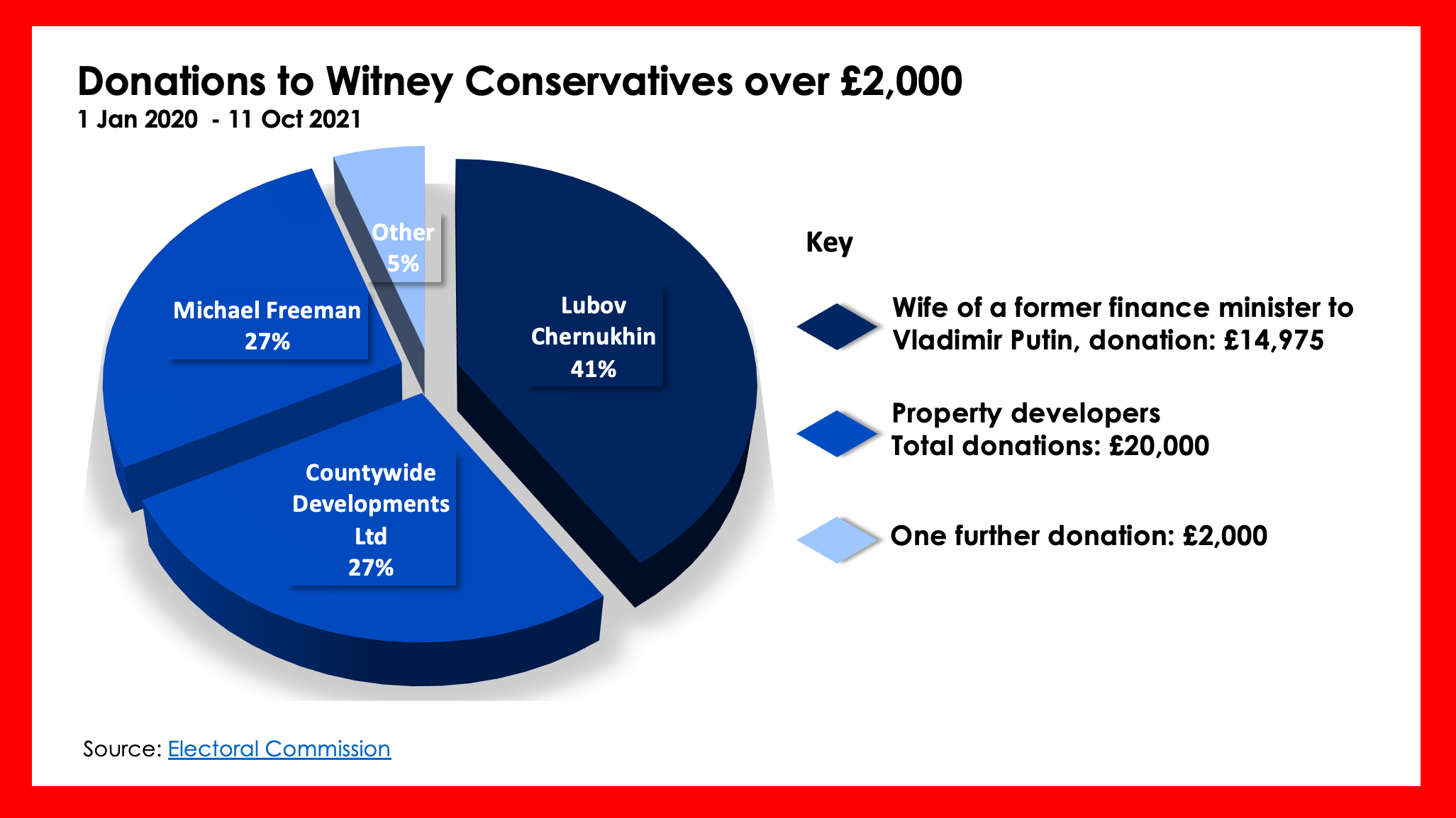 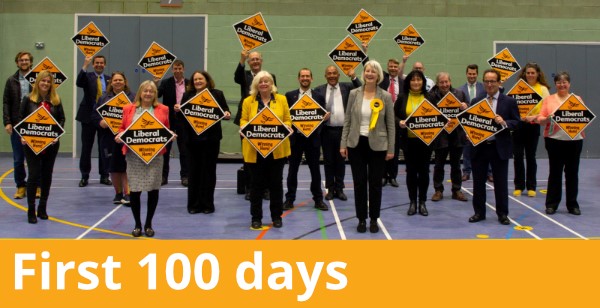 Oxfordshire County Council is now being led by a partnership of the Lib Dems, Green Party and Labour, called the Oxfordshire Fair Deal Alliance.

Saturday 14th August marks the first 100 days of the administration, and we would like to use the opportunity to highlight our early actions to change the council, and our County to be fairer, more caring and greener. With just some of our early actions, we have:

We’re pleased with the above progress, but please view them as just our opening shots. There is more currently in the works and there is clearly much more to be done.

We are determined to work with, and for, our community to deliver real change. We will keep you closely informed of our progress.

Please sign our petition here to demand to keep your say on any applications which happen in your local area. The Government are attempting to push through reforms which will take this right away.

Our Councillors in the Witney Gazette

After huge gains in May 2021 local elections, the Liberal Democrats have taken charge of Oxfordshire County Council, with Liz Leffman, our Councillor for Charlbury and the Wychwoods, voted in as Leader. Toppling the Conservative majority for the first time in 16 years, the Lib Dems have formed the 'Oxfordshire Fair Deal Alliance' with Labour and the Greens as partners. Together, the alliance has set out ambitious goals for the next four years.

Across West Oxfordshire, Lib Dem councillors are working hard for their local communities, making sure that new houses imposed by Tory-led councils have enough infrastructure and services to support them, and opposing out-of-control development. We favour public transport, active travel, walking, cycling and doing everything we can locally to ease the climate crisis.

You can see a complete list of our councillors (with contact emails) for West Oxfordshire at: https://www.oxonlibdems.uk/westoxon-councillors. 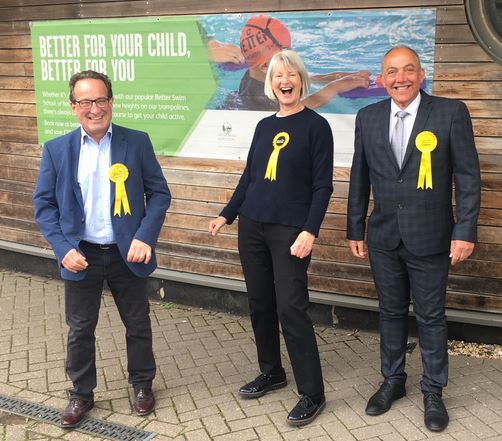 The challenges that lie ahead

If you live in West Oxfordshire and drive or take the bus, you're likely to have been stuck in traffic. If you live near the Windrush, you may have had sewage in your basement or garden. Thanks to Tory decision-making at the national and local level, 10,000 new houses are coming to our district, so these problems are only going to get worse.

Our councillors will put infrastructure before housing, re-examine developments that don't make sense, and will put in place plans for a long-term solution to transport problems. Here's a list of some of the issues we're focused on, including bold solutions for traffic problems in West Oxfordshire.

Both the Tory County Council and Tory West Oxfordshire District Council have decided that the Eynsham, Standlake, Hanborough, Hailey/North Witney and Woodstock areas should take a high proportion of the new housing they insist on building.

In order to get just a small amount of affordable housing, property developers have been let loose on our fields. Remarkably, the Conservatives have proposed that the developers of new sites, like the Garden Village, will not contribute to the Community Infrastructure Levy designed to provide the necessary infrastructure when developments are built.

Developer greed is putting extra strain on our roads, on our water systems, and on our schools. The Liberal Democrats insist on building infrastructure first. Here’s some short clips showing what our councillors have to say about the housing developments in Eynsham and Woodstock, where the plan is to increase the number of houses by one third.

Here are some of the initiatives we're pushing for:

To make it easier to get around West Oxfordshire:

Restoring the Oxford-Eynsham-Witney-Carterton Railway Line - this will make a huge difference to so many of us in the district who suffer from terrible traffic and reduce pressure on towns like Hanborough.

Dualling the Cotswold Line - we oppose plans that leave a ten mile gap of single track line around Charlbury and Finstock, resulting in only one train per hour in those towns and villages.

Funding the Eynsham to Botley Community Path - providing Eynsham with a safe Active Travel route into Oxford. Many of us take the car because there's no other choice. Here's councillor and candidate Dan Levy explaining the current situation for anyone who wants to get around West Oxfordshire by bike, and what could be improved.

In Woodstock the LibDems are demanding improvements to infrastructure before further major housing developments add another 600 houses over the next ten years. Here's what our councillors are proposing.

Eynsham is set to see an additional 3000 houses built. Here's our response.

During these difficult times it has been amazing to see how communities have come together to help each other out across the District. Supporting and empowering communities is a key part of Liberal Democrat philosophy, and your local Liberal Democrat councillors have played our part.

We have contacted vulnerable residents to give advice, support and to listen to their concerns. And we have helped support local resident groups. In the background we have also been actively working with the District Council to support the homeless and those most at risk and ensure the continuation of vital services.

We have also been involved with the Councilʼs local strategy for economic recovery, encouraging investment in the green economy to bring more job opportunities. For example, here's how we're helping the self-employed and small businesses at this difficult time.

As always, our LibDem councillors are working hard for local residents and our towns and villages

Would you like to help shape the future of West Oxfordshire with the Liberal Democrats? We are welcoming all members to get involved in putting together our manifesto for next year and to join our policy groups. There are separate groups on the following:

If you're interested in joining, please email [email protected]