Oxford's Zero Emissions Zone will do more harm than good

By Paul Harris, Liberal Democrat councillor for St Margaret's ward and Spokesperson for A Cleaner, Greener Oxford. This article originally appeared in the Oxford Mail on 22nd August 2018.

Except for President Trump and a few mad climate change deniers, everyone agrees that it is critically important to reduce carbon dioxide emissions which contribute to global warming.

We must also urgently reduce nitrous oxide and diesel particulate vehicle emissions which are massively damaging to human health.

That is why as a Liberal Democrat I strongly support measures to reduce vehicle emissions in the centre of Oxford, including Low Emission Zones, and also Zero Emissions Zones if they are practical and meaningful. 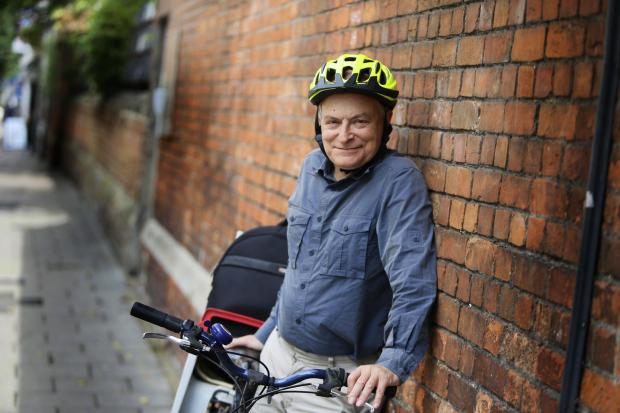 However I oppose empty “greenwash” gesture politics masquerading as effective action. I also oppose proposals which damage people’s livelihood without any valid justification.

For these reasons I strongly oppose Oxford City Council’s current plan to impose a Zero Emission Zone (ZEZ) in six central Oxford streets in 2020, just over a year from now.

Apart from buses in Queen Street, these streets have very little traffic. Oxford City Council before drawing up its plan commissioned a report by Ricardo Energy and Environment (available on the council website), which considered various options and found that a 2020 ZEZ in these streets would have “little overall effect on air quality” as few vehicles would be excluded.

The few vehicles which would be excluded would mostly be light commercial delivery vehicles, essential for operation of most of the businesses in the proposed ZEZ. Last month I carried out informal visits to businesses in those streets to ask how they would be affected. None of the five I visited had had any approach from Oxford City Council to ask them about their needs.

One said that it could survive if, but only if, the major courier companies could all provide delivery by electric vehicle.

Two said that they would have to close down if the ZEZ was introduced, even if electric delivery from couriers was available, as their business could not use couriers, but needed members of the public to be able to deliver to their premises.

One long-established Covered Market trader said that, if the ZEZ came in, the firm would relocate out of the Covered Market, to a new site which would involve them in a lot more driving.

Not only would the ZEZ therefore damage the continuing viability and character of the Covered Market.

It would also be likely to increase vehicle emissions in Oxford as a whole, by generating more new emissions in a different part of Oxford.

The City also plans a larger ZEZ for most of central Oxford, including its most polluted street, George Street, for 2035. In contrast to the plan for 2020, the ZEZ for 2035 may work, if properly planned, as by then many more people are likely to have electric vehicles, and the infrastructure for electric vehicles should be fully available. It might even be possible to advance that plan to 2030.

Introducing a ZEZ in 2020, by contrast, is just a meaningless gesture in terms of pollution reduction, which will harm local businesses for no benefit at all in terms of cleaner air.

Instead of rushing to be able to claim “the first ZEZ in Britain”, the Council should be concentrating on other practical measures it could take now, such as increasing the tiny proportion of electric vehicles in its own vehicle fleet, as well as planning sufficient electric vehicle infrastructure so that a wider ZEZ, including heavily polluted streets like George Street, can be brought in sooner than 2035.